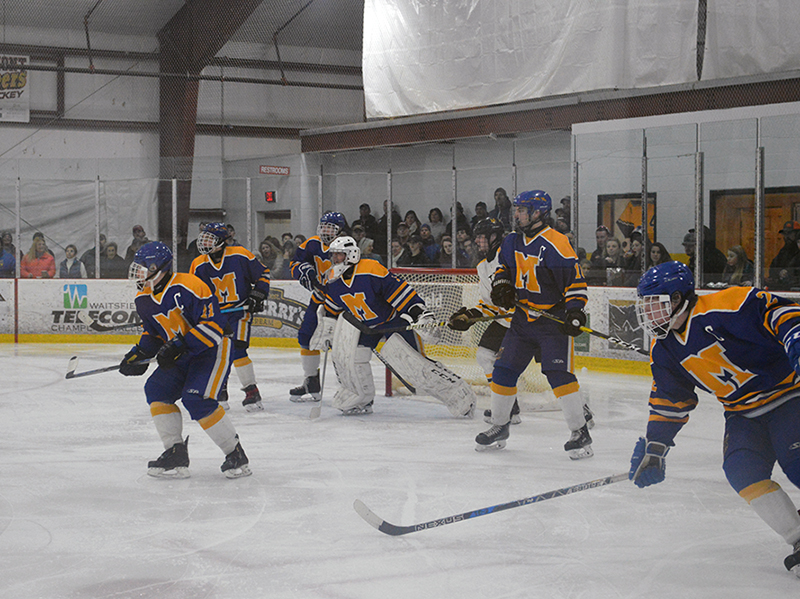 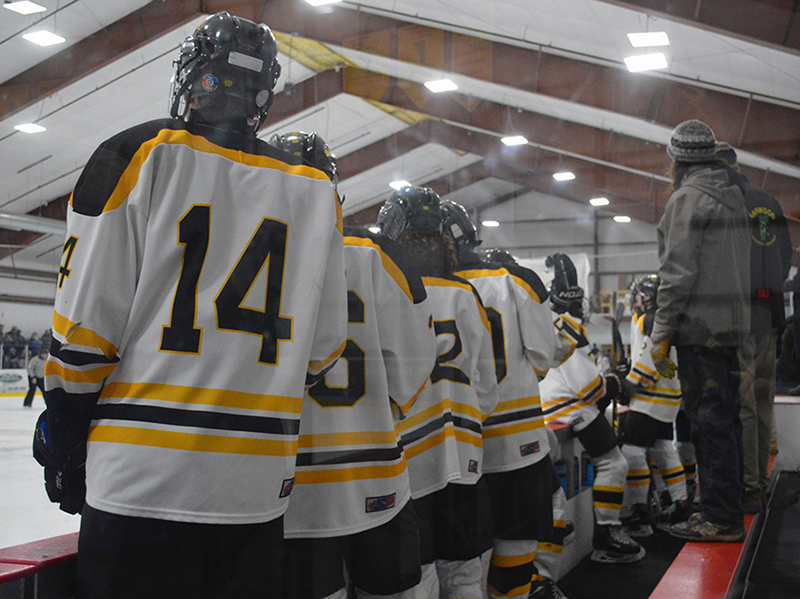 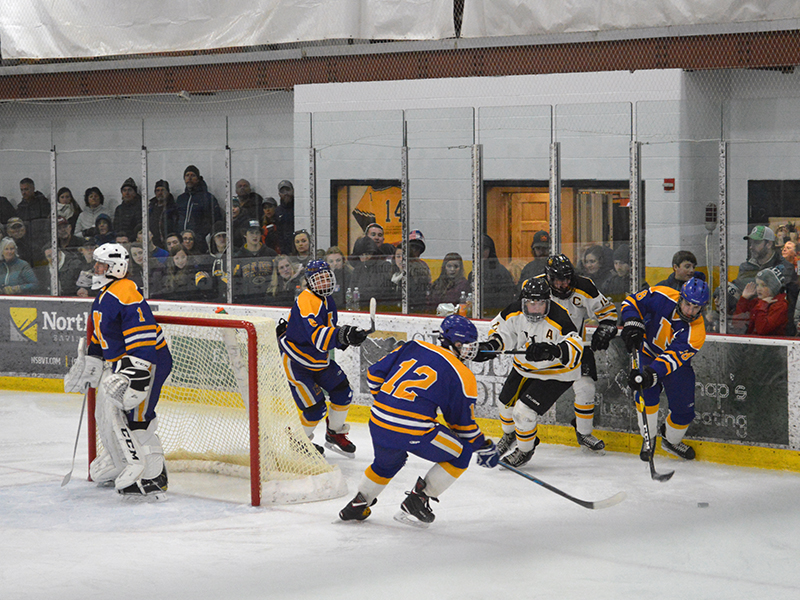 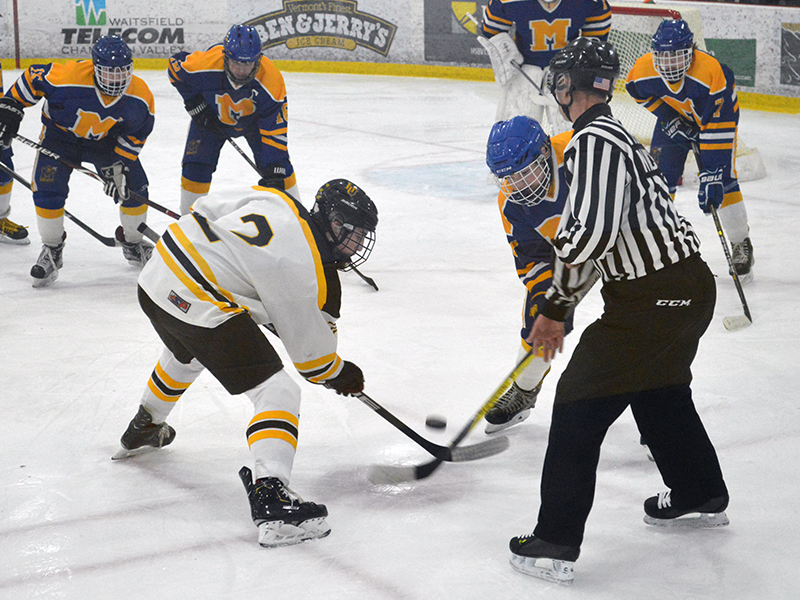 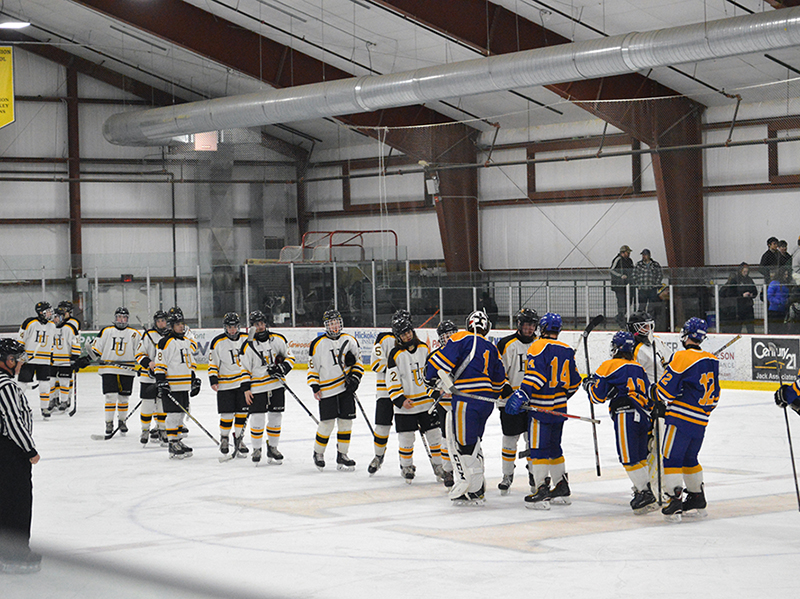 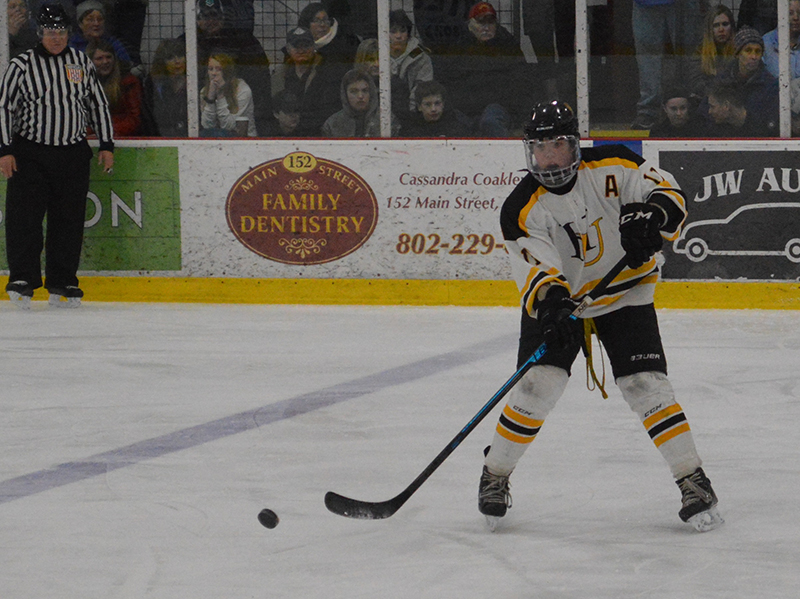 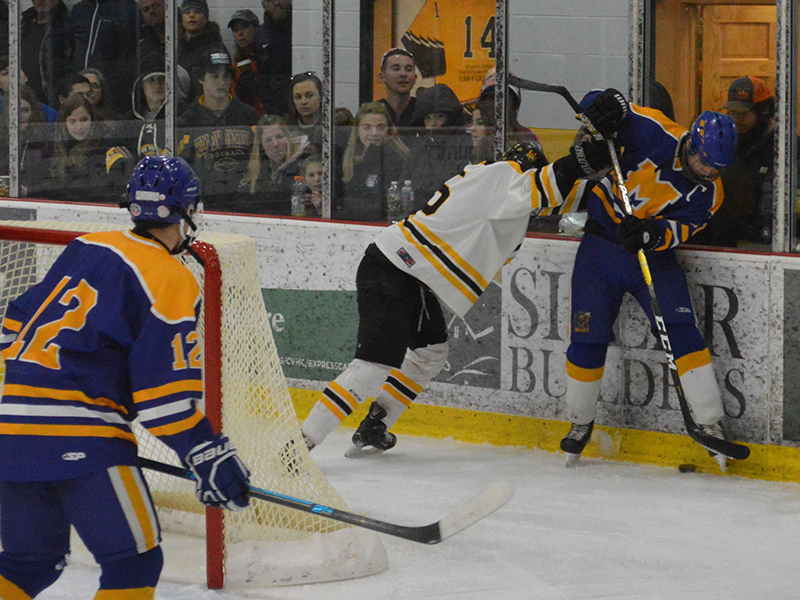 Scramble behind the net 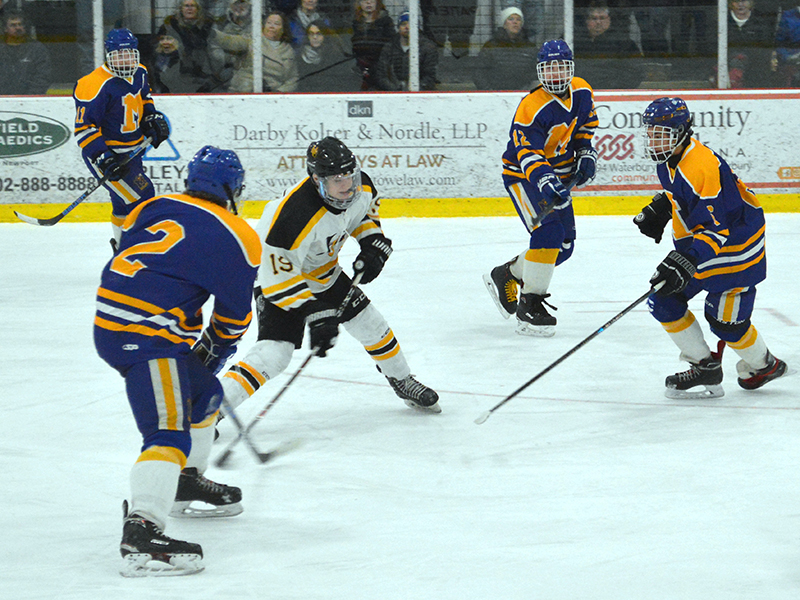 Harwood started off strong, scoring in the first period with a goal by Jake Green, assisted by Skylar Platt and Reid Spaulding. Harwood would hold the 1-0 lead until the last 12 minutes of the third period.

With 12:12 left in the third period, Milton was able to score the tying goal to keep them alive past Harwood goaltender Sean Russell. As a snowball of miscommunication continued, Harwood was called for a hand pass in Milton’s zone resulting in a faceoff in Harwood’s defensive zone. From that faceoff, Milton was able to crowd the net and screen Russell that allowed for an on-ice goal at 10:03 taking the lead.

Harwood called a timeout to regroup. With just under eight minutes left to play, the puck was sent to the right corner of the Harwood zone. With plenty of time to break the puck out of their zone, Harwood missed their opportunity and had the puck taken off a defensemen’s stick. A pass to a wide-open Milton man in the crease would find the back of the net increasing the lead 3-1.

Harwood struck some luck when at seven minutes to go Milton was called for a center ice hit for an elbow. At 5:32 left, Harwood was able to score a power play goal from the point. Ollie Hammond scored off a pass from Tyson Slyvia and Finn O’ Hara to tighten the score to 3-2.

In the last minutes Harwood lost their composure, playing the body instead of playing the puck. This allowed Milton to control possession and mid ice to cut off any passes Harwood attempted to set up. At 0.45 on the clock Harwood pulled their goalie. Harwood’s Jake Wells was called for a cross check at 26.6 seconds remaining, which put the puck back in Harwood’s zone for the faceoff. The 3-2 loss would end the Highlanders’ season at 7-9-3.