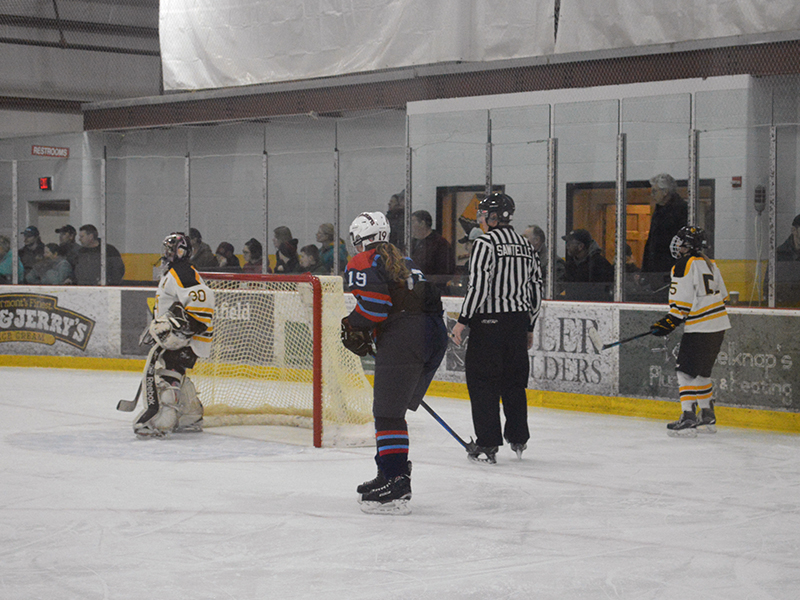 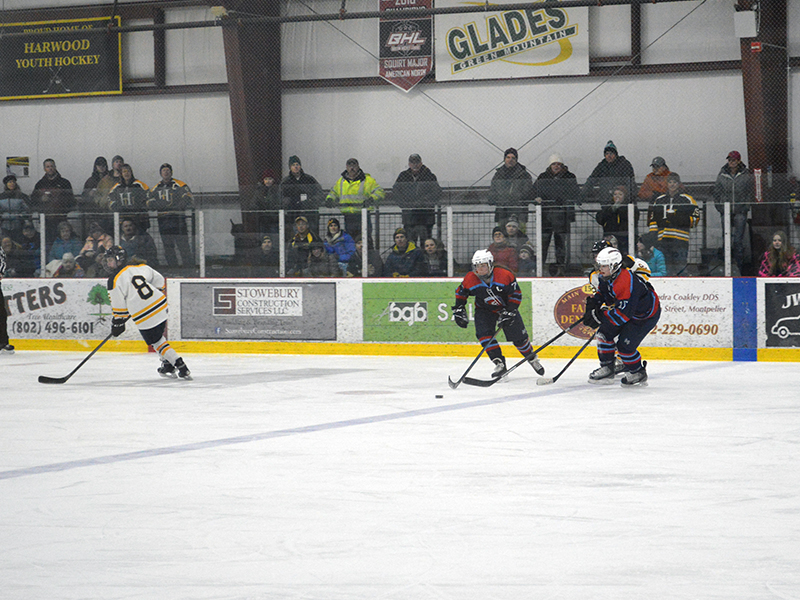 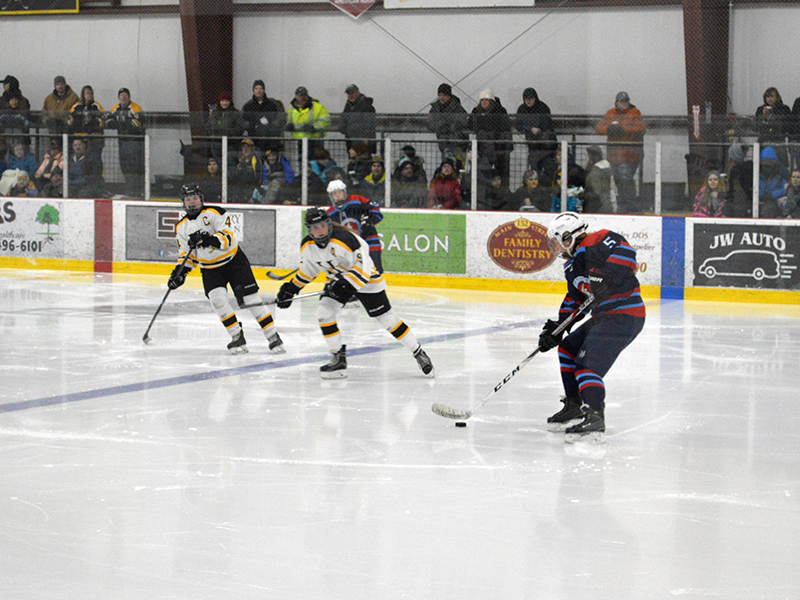 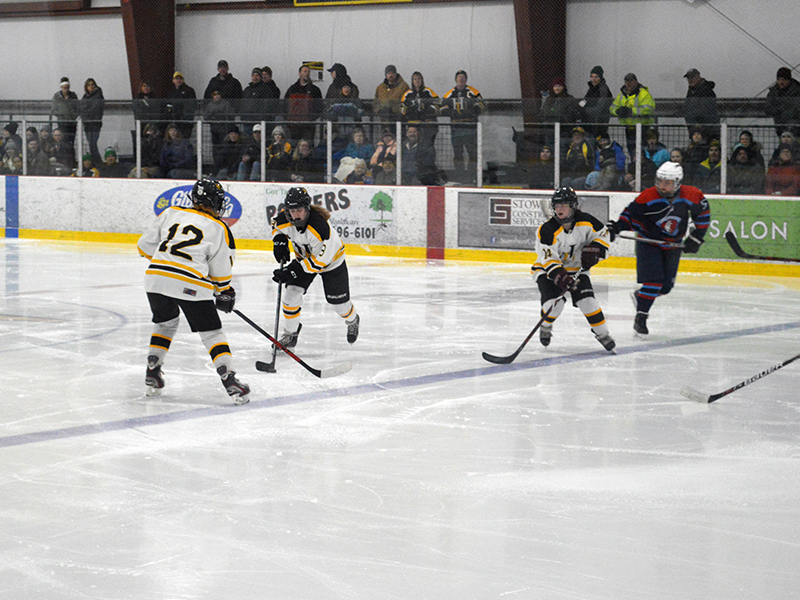 The third period started off with a 3-1 lead. 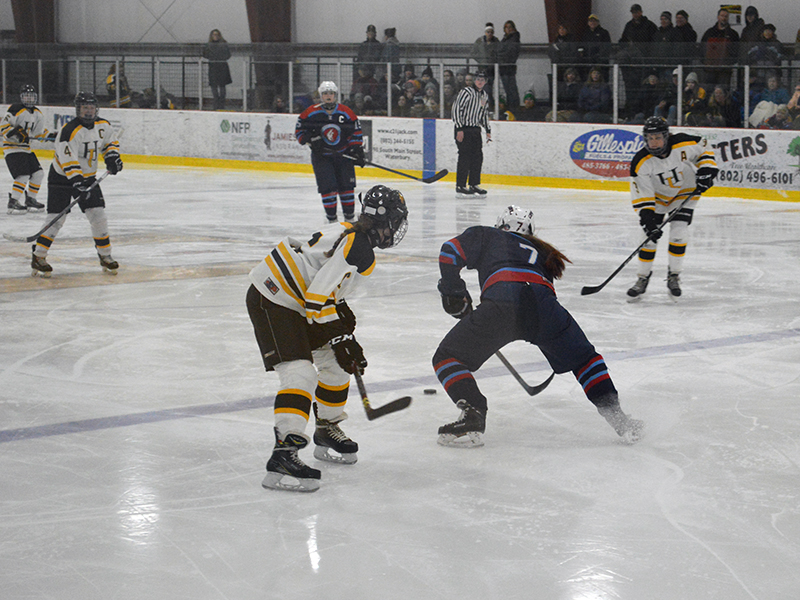 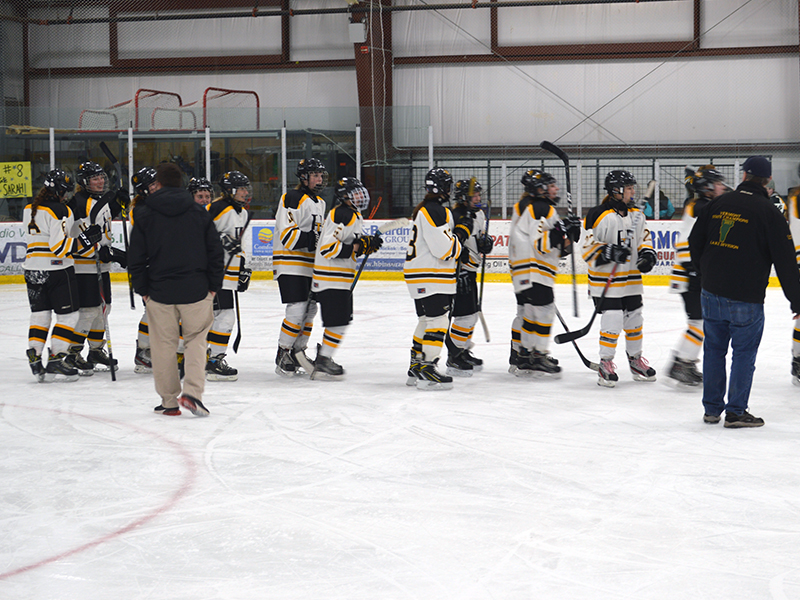 Harwood would go on to win 4-2 and advance to the semifinal round. 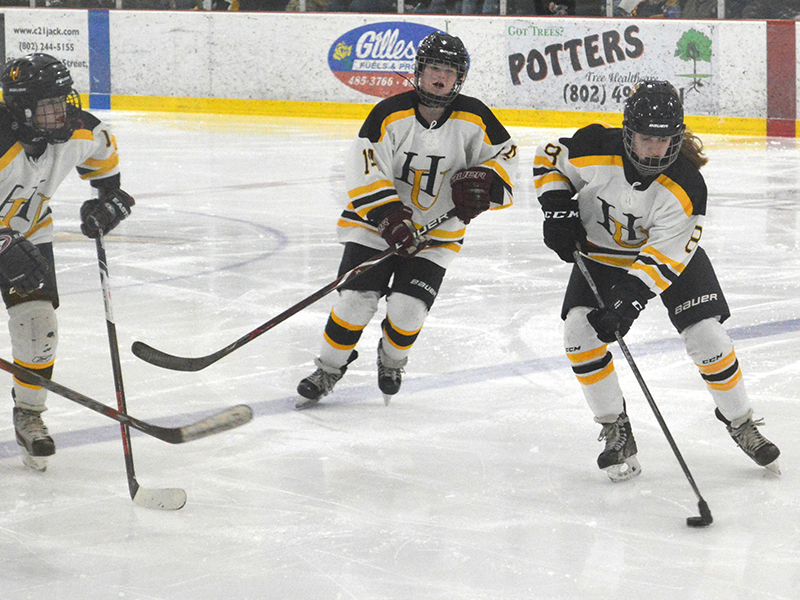 Harwood hosted the quarterfinal round against CVU at the Ice Center of Washington West on Tuesday, March 5, where the lady Highlanders would pull off the win.

Harwood scored just 5:24 into the first period on an unassisted goal by senior captain Lilianna Ziedins. CVU was quick to tie it up, scoring not more than five minutes later and keeping the score 1-1 till the second.

In the second, CVU received two penalties at the same time, one call for a cross check and one a slash, which would work in Harwood’s favor as senior Erica Dow was able to score an unassisted goal. Minutes later Harwood would add to their lead by one, as Ziedins would score her second unassisted goal of the night.

The third period started off with a 3-1 lead. As head coach for the Highlanders used to say, a two-goal lead is the most dangerous. CVU scored a goal with 11:42 left in the third that would go under the Harwood goalies glove. Harwood would score at 7:39 with a goal by Sarah Garvin, assisted by Kailie French.

As the minutes wore down, CVU was called for a hooking penalty as both teams would call their timeouts in the last five minutes of the game. Harwood would go on to win 4-2 and advance to the semifinal round that is to be determined.