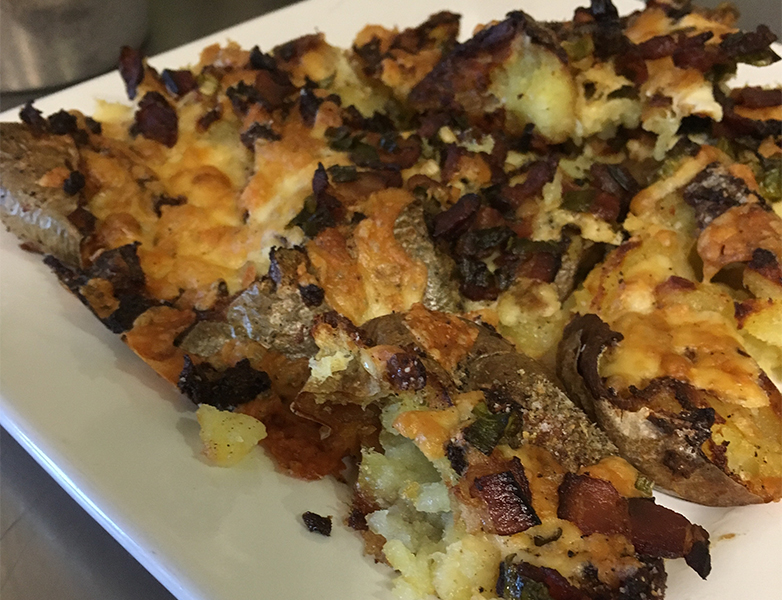 Crispy is the key word here, top and bottom. Pierce some baking potatoes with a fork, place in a roasting dish and bake at 450 degrees until they’re soft in the middle. Figure about one to one and a half potatoes per person. While they’re cooking, dice up some sliced bacon and fry until barely crisp in a large pan over medium heat and then set aside.

Once soft, smash the potatoes flat in the roasting dish with a potato masher and then liberally drizzle them with extra-virgin olive oil and a generous topping of kosher salt. Turn the oven up to 500 degrees and cook for another 20 to 30 minutes; you want them starting to brown on the top and crispy on the bottom, without burning.

For the final step, turn down the oven to 350 degrees and smother the potatoes with shredded cheddar. Top with the cooked bacon and cook for another 15 minutes or until the cheese has melted completely.

Give ’em a try for this weekend’s NFL playoff games and then again for Super Bowl – they’re that good.