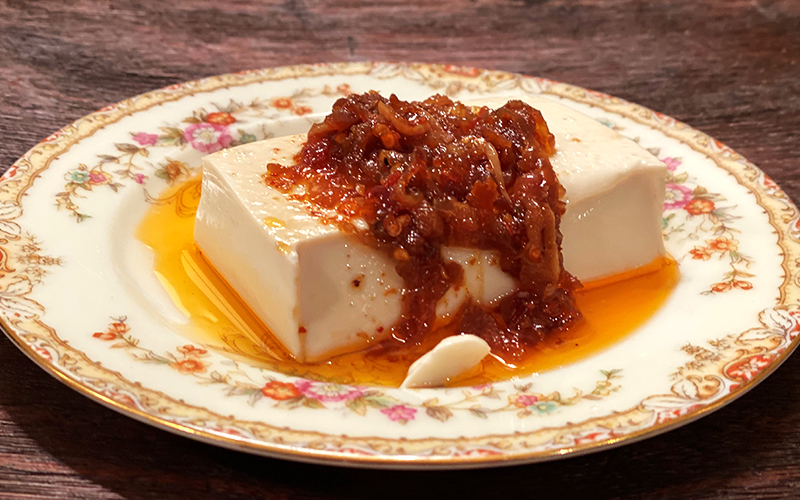 If you haven’t yet jumped on the chili crisp rage, get ready to be blown away. It’s so addictive you’ll want to put it on everything. It will be the last thing you think about before falling sleep, and the first when you wake up.

There are many very good store-bought varieties including the original Lao Gan Ma with a head shot of a Chinese grandma on the label. I’ve heard rumors her spicy chili crisp made her one of the first millionaires in China.

Trader Joe’s has a take on her sauce as do a lot of celebrity chefs. However, the best one I’ve had so far is one a friend gave me along with this recipe from Bon Appetit magazine.

Thinly slice four shallots and simmer in a small pot over medium heat along with two heads of sliced garlic, 1 1/2 cups of vegetable oil, two cinnamon sticks, and six star anise. Cook for about 20 minutes or until the shallots and garlic are browned.

In a medium bowl, mix together a finely chopped 2-inch piece of ginger, 1/4 cup of red chili flakes, 2 tablespoons of soy sauce and 1 tablespoon of sugar. Drain the shallot mixture through a fine sieve into the ginger mixture. Let the chunks in the sieve cool and then stir back into the chili oil.

Store in sealed containers in the fridge for up to a month, but don’t worry it won’t last that long. It even makes poached soft tofu irresistible, and that’s something I didn’t think I’d ever say.