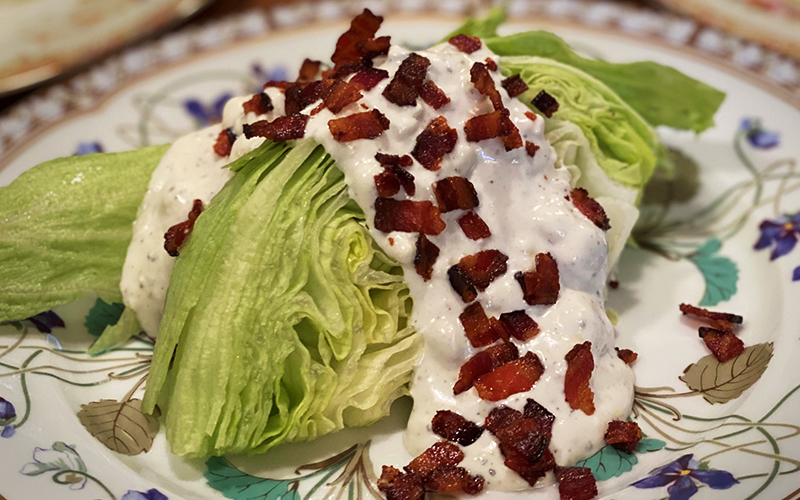 There’s only one thing to do when friends bring over the largest, crunchiest, most beautiful head of iceberg lettuce from their garden that you’ve ever seen -- break out the blue cheese and bacon. Classics are classics for good reason!

To make the blue cheese dressing, crumble 4 ounces of blue cheese into a bowl. A dd 1/2 cup each of mayonnaise and sour cream, 1/3 cup of buttermilk, the juice from half a lemon, ½ teaspoon of black pepper, and salt to taste. Mix well and then refrigerate for at least an hour.

While that’s chilling, coarsely chop and crisp up 1/3 pound of bacon and then set aside on a paper towel or brown bag.

To serve, cut the lettuce into wedges, remove the core and stem from each wedge and then generously dollop with the dressing followed by the bacon bits.

If there’s any dressing left over, or if you were savvy enough to double the recipe, puddle it under a steak and roast potatoes sometime in the next week.\