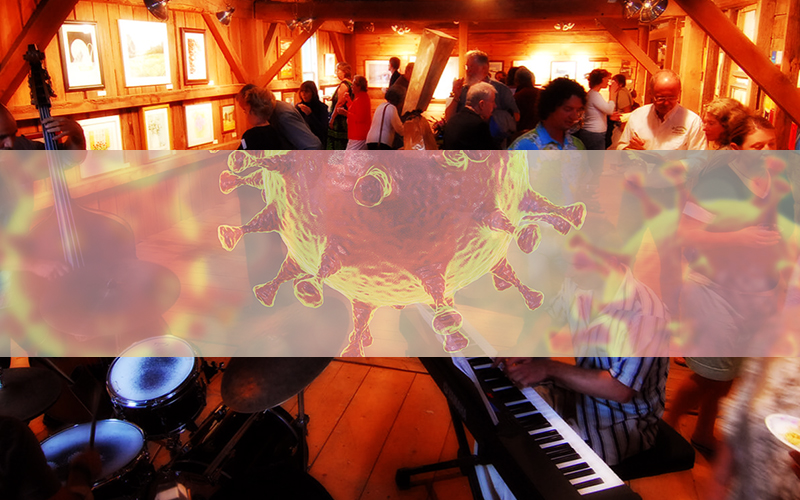 Valley Arts, in response to the COVID-19 pandemic has canceled its three major shows at the Red Barn at American Flatbread, Waitsfield, including its nationally- recognized watercolor exhibit. Those three shows normally bring in some 9,500 visitors and result in Valley artists being paid some $29,000, said Valley Arts board president Gary Eckhart, Warren.

“We’re going to try and pull off a plein air event in August if we get enough people. We won’t be doing the children’s plein air or family tie-dye,” Eckhart said.

He said that one workshop that had been planned had to be canceled because people were coming from three different states and couldn’t meet the quarantine requirements.

The Festival of the Arts typically bring in 17,000 participants over the course of its monthlong and recently year-round offerings.

This fall Valley Arts had planned a huge Billy Brauer retrospective in the festival gallery in Waitsfield. That’s been moved to next spring because Valley Arts did not want to have to cancel it. The late Billy Brauer, Warren, was an internationally-acclaimed artist whose work is well known and beloved locally.

Currently, Valley Arts has a virtual show, Spring Mix, which is its annual member show, on its website at https://valleyartsvt.com/.

For 20-plus years Valley Arts has served the Mad River Valley as the developer and/or promoter of cultural events in The Valley. Through the years the organization has relied on the generosity of business leaders, the Rotary and donors to keep the organization financially solvent. With this financial support and the service of the volunteers, Valley Arts has been able to keep the vast majority of its events free to the public and with relatively low entry fees for shows and workshops.

Valley Arts is actively developing plans for the remaining months of 2020. Events and shows are already scheduled through December of 2021 with more in the planning stages. Some of the items planned are garden tours, Christmas inn, B&B and house tours, a summerlong members’ show, open studios, workshops with artists and the return of favorite shows and exhibitions.