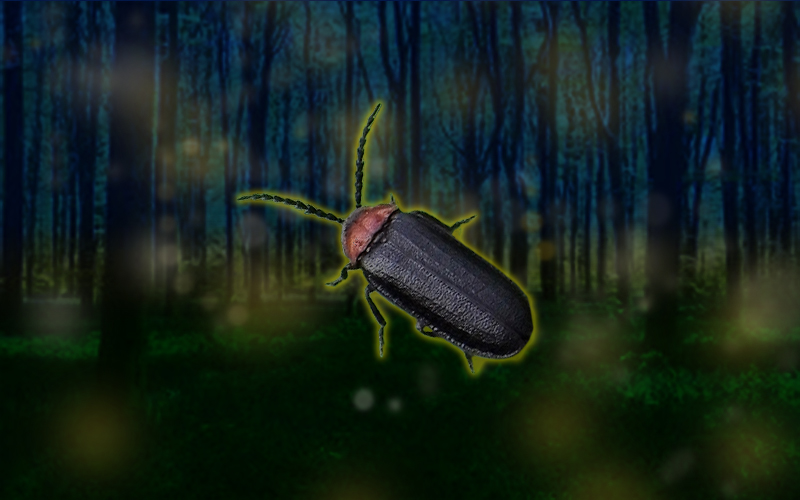 When Hohn and his family moved into their home near Montpelier six years ago, his mower kept getting stuck in the mud. It turned out that a little spring on his neighbor's property was flowing into his yard. As a wetland ecologist, Hohn knew that even little seeps are important for biodiversity and water quality, so he decided to stop mowing.

His soggy lawn has turned into a functioning ecosystem that now helps filter and retain stormwater and provides a home to new plants and animals. He removes invasive plants as needed, replacing them with native plants. Other native plants have moved in on their own, like sallow sedge, followed by insects and amphibians.

"I'm just trying to heal something in a very small sense with this land -- positively influence at least something small," he said.

Hohn thinks it's nice to be tied to the land. He cherishes sharing it with his daughter and seeing what captures her interest. "Having her grow up with a wetland next to her house," Hohn said, "Maybe she'll be like, 'ugh, Dad, you and your weird wetland,' but maybe she'll be like, 'yeah we have a wetland, and it’s not some stinky thing, it’s really cool!'"

Hohn thinks a lot of modern environmental problems come from people not seeing themselves as a part of natural systems. He's taken the same approach with the rest of the yard as he did with the wetland, giving a home to an abundance of diverse life. His approach is like a partnership. "It's not totally hands-off," Charlie said, "but the land mostly just does what it does. I'm just trying to help make it better."

Hohn likes trying to see how many species he can get to live on his land. Using the online application iNaturalist, he has documented over 400 species of plants, fungi, birds, mammals, and insects -- all in his front and back yard.

"I’m trying to bring it back such that it looks like a functioning, biodiverse ecosystem, so that it can be positive for biodiversity, for my kids and for other community members."

It might not seem like converting a lawn could make a big difference, but the U.S. currently has about 40,500,000 acres of lawn (which is an area the size of New England), and studies show that lawns are much less biologically diverse than natural ecosystems.

"Life supports life, right?" said Hohn, "Like the life on Earth supports human life, and it also supports the animals and plants we care about. Sugar maples or cows or anything else, they're all supported by other living things.”

Hohn has a few other projects on his land. He's built a rain garden to catch the runoff from his roof and driveway, and modeled it after the dams of beavers.

If the first pool fills up, the water flows downhill and gets trapped behind a second berm, then a third, then a fourth. Alluding to the way that forest lands provide timber, Hohn said that his wetland is also a working landscape, and so is his rain garden, slowing runoff to purify water, provide habitat and reduce the severity of flooding downstream during large storms. Every little wetland is like a sponge slowing down the flow of water, spreading out the discharge over a longer time period and making any potential floods less catastrophic.

His dad named the land around Charlie's home Firefly Hill, and those who visit on an early summer evening will see tons of them. But the fireflies are missing in the other yards nearby that are mown. "These species, these fireflies that are here, aren’t just something cool for our kid to see, they’re also an amazing story. I think that every organism is a story, an unbroken line back to however and whenever life started."

For more stories about what Vermonters are doing to protect biodiversity visit arcg.is/uaymH. To learn why biodiversity is important go to www.half-earthproject.org.