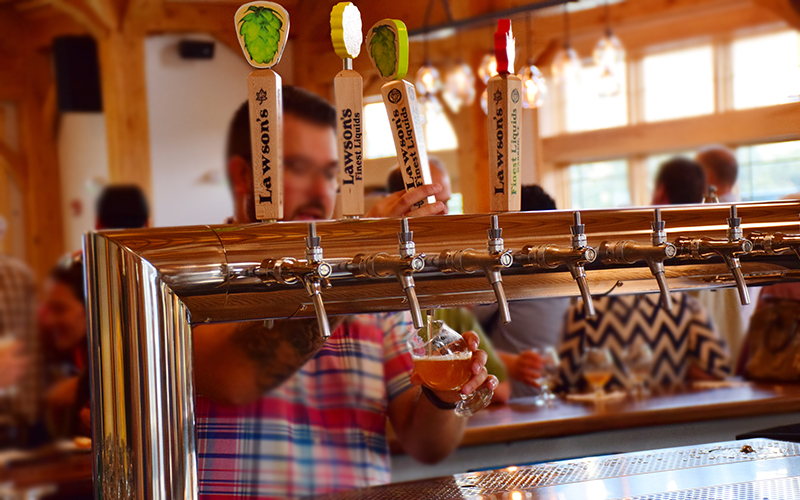 Lawson’s Finest Liquids is kicking off 2021 with the release of its specialty distribution calendar. In addition to its year-round offerings, Lawson’s Finest will be offering these beers from its Waitsfield brewery throughout its nine-state distribution territory.

The first of this year’s specialty releases is Knockout Blonde. This brew features a blend of North American malts and Cascade and Centennial hops. Knockout Blonde will be available in April and May.

Two versions of Scrag Mountain Pils will enter distribution in May. Inspired by Czech Pilsner style, the house lager is a tribute to the source of Waitsfield’s town water and the aquifer deep beneath Scrag Mountain. Lawsons is also releasing Scrag Mountain Pils Salt & Lime, a special version that is infused with lime juice and sea salt.  Those beers will be available in May and June.

In July, Hopcelot will be available after strong response to its taproom release in 2020.

Hopcelot features eight varieties of hops from around the world. It will be available through August.

Ushering in the fall is another Warren brewery original recipe, Kiwi Double IPA. Brewed with New Zealand grown Nelson Sauvin and Pacific Jade hops, Kiwi Double IPA brings the terroir of the Southern Hemisphere. It will be available in September and October.

Rounding out 2021, Lawson’s Finest is releasing  Triple Sunshine. It is the culmination of the Sunshine series and features notes of pineapple, grapefruit and lychee. Triple Sunshine will be available during the months of November and December.