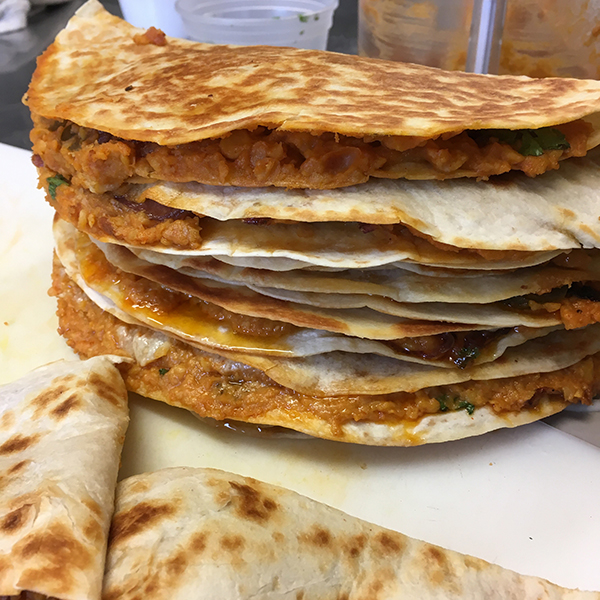 Drain a can of garbanzo beans and mash with a fork until pasty but still chunky. Stir in some smoked paprika, sliced scallion and salt and pepper to taste. Next, grate the Manchego and chop some fresh cilantro.

Heat a little bit of oil in a nonstick pan over medium heat. Place a large flour tortilla in the pan and then cover half with some grated Manchego, a layer of mashed garbanzos, some pickled onions and chopped cilantro. Fold over the other half of the tortilla until the edges are lined up and cook for a few minutes per side or until the cheese is melted.

For a meatier option, add some cooked and crumbled chorizo sausage.