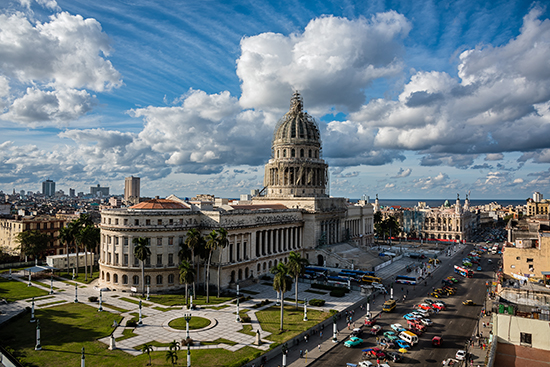 Waitsfield photographer David Garten was awakened by his housemate in Havana, Cuba, on December 17, 2014. His housemate insisted that Garten get up immediately and come watch the news on television. The urgency in his voice rousted Garten.

He joined his housemate on the couch and they watched the historic announcement that the United States and Cuba would re-establish diplomatic relations after a 50-plus-year break.

"We watched as the stories were reported and the news of the prisoner exchange was reported. Then we waited for President Raul Castro to give his speech at noon," said Garten, who has a 20-year history of visiting and photographing Cuba.

He set up his camera and tripod to film the president's speech and then sat with his housemates, their child and another friend who stopped by to watch.

"While we spoke, we sat on the couch with hushed breaths and shed a few tears. It was pretty amazing to hear," Garten said. 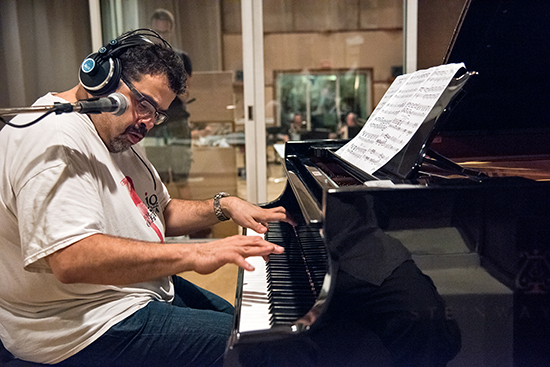 On December 10, Garten had traveled to Cuba with Arturo O'Farrill's Afro Latin Jazz Orchestra. O'Farrill is a Cuban-American Grammy-winning musician and was recording a new CD (The Conversation Continued) in Havana. This was Garten's third trip to Cuba with O'Farrill.

The night before the announcement Garten was with O'Farrill when the orchestra performed at the residence of the chief of U.S. Interests in Havana, which would be the ambassador's residence had the two countries had normalized diplomatic relationships.

"In hindsight, it was apparent that all the people there knew about the announcement the next day, but they were totally poker-faced," he said.

Garten said that he felt the timing of the announcement had to do with Presidents
Obama and Castro being lame ducks and also said that with so many of the Cubans in Florida who were exiled with the Castro revolution dying, a tipping point was reached, allowing Obama to act without fear of offending those constituents.

"While this is an historic event for each president, it's a highly strategic domestic act in very different ways. It's not a rapprochement nor the arrival of a new understanding. It's simply renewing diplomatic relations," Garten said. 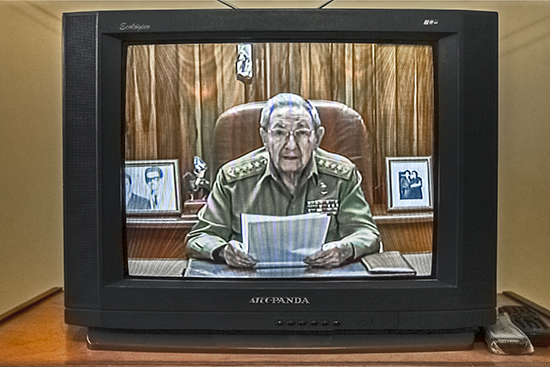 "It will ease travel, but in the larger picture it's like the curtain call. The curtain still has to be drawn aside. There's lots of work that will have to happen before any change can take place," Garten said.

The Cuban economy is very bad, Garten said, and for President Castro, the move is one of desperation in an attempt to avoid total economic collapse. And the move to normalize relations with the United States won't mean that the Cuban government will abandon its communist and socialist principles.

"Things may get worse before they get better, but this creates a platform for things to change," he added.

Prior to meeting O'Farrill and starting to shoot for him, Garten had held a freelance journalist's license from 1997 and had been able to travel to Cuba two to four times a year and stay for two to four weeks at a time. When he started working with O'Farrill he'd be in Cuba once a year for one to two weeks and he found that he had to triage his time and on the day of the announcement he had a longstanding plan to get together with a friend.

"I had a commitment to a Cuban friend, Aida, who was going to take me on a tour of her youth. She's an expatriate who now lives in Madrid. I met her in Vermont in 2001 and we'd never been present on the island together. So I spent the rest of the afternoon touring around with her and didn't witness the fallout of the announcement on the streets," he explained.

"But while I was there it did become a theme of conversation for the rest of the trip. I heard a broad spectrum of responses. Some were happy. Some were extreme, like a taxi driver who made the comment that he hadn't seen any news, meaning not that he'd missed the announcement but that he thought it had no import and that nothing would change.

"Aida, who has spent more than half of her life in Spain and lived in Spain and the United States and Brazil and who had two master's degrees, said that Raul Castro is walking a tightrope and that he is in trouble and is looking for relief. He hopes this will bring some form of economic relief and maybe the cessation of the embargo will relieve the economic deprivation," he recalled.

But if the embargo goes, Castro loses its scapegoat for Cuba's economic problems, he added.

"Cubans are going to realize that the economy was not caused by the embargo and Cubans have known that all along and now they can acknowledge that restoring normal diplomatic relations will not solve all their problems," Garten noted.

When interviewed for this story, Garten was in his second-floor Waitsfield Village photo studio with thousands upon thousands of pictures to sort through and register for his work with O'Farrill. He said he had called his father from Cuba and asked him to buy a Sunday New York Times for him so he could read that coverage of the event and he said he'd compiled about 70 Internet articles that he wanted to read, from U. S. coverage of the December 17 announcement.
But he hasn't started yet. He said that it's hard to recalibrate himself when he comes and goes from Cuba. His affinity for the island and its people is so strong that leaving is disruptive.

"Psychologically, emotionally, socially, Cuba is my life and every single moment I'm there is informed with purpose and urgency, so when I get back I have to re-adjust from being in North America again," Garten said.