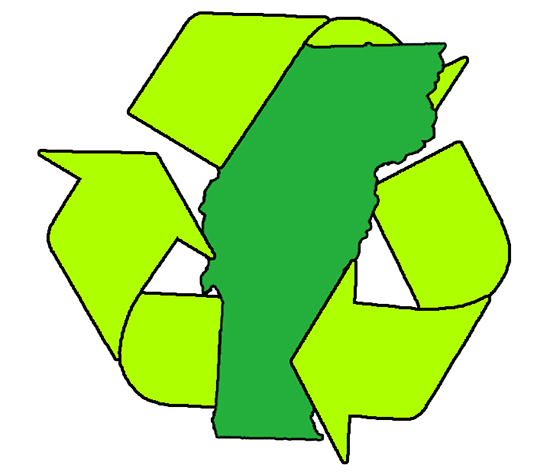 With the passage of the Universal Recycling Law, Act 148, the state is taking strides toward streamlining waste disposal. But, at a local level, some towns are struggling to understand and adapt to the policies proposed by the new legislation.

On Monday, March 16, Mad River Resource Management Alliance director John Malter came before the Moretown Select Board to answer questions about trash collection changes in the upcoming years. Mainly, "What is it going to cost us?" select board chair Tom Martin asked of the Universal Recycling Law, and "What kind of relief are we going to get from the state?"

Act 148, among other things, requires that all organic materials — from food scraps to yard debris — and recyclables be diverted from the landfill by 2020. With that, "There's going to be a need for more facilities," Malter said, including more containers to hold compost and more vehicles to collect recycling. As a result, "Diverting waste is going to cost everybody more."

The changes that come with Act 148 make up only one-third of what Malter called a "triple whammy" for the Mad River Resource Management Alliance, which serves the towns of Roxbury, Warren, Waitsfield, Fayston, Moretown, Duxbury and Waterbury.

Other difficulties currently facing the alliance come from the closing of Moretown Landfill, which historically had supplied about 40 percent of its budget, and the loss of Northfield, which at Town Meeting in March voted to withdraw from the alliance and instead join the Tri-Town Alliance that serves Randolph, Braintree and Brookfield.

Without Northfield's contribution, which was the largest in the Mad River Resource Management Alliance, the alliance's budget will decrease from $105,000 to about $79,000 for this year. The alliance is funded by per capita contributions from each of its member towns, grants from the Vermont Agency of Natural Resources and in small part from money raised from its own collection programs.

Since Malter is not proposing to raise the alliance's per capita fee for this year, which is $4, "Basically what I'm proposing is to not offer as many hours of my time for other programs," he said. "It's a very tight budget, but I intend to stick with it," he said.

When it comes to the Mad River Resource Management Alliance, "I'm the only employee," Malter said. In compliance with the Universal Recycling Law, his duties will now be split between visiting businesses and schools to evaluate their solid waste disposal and find ways in which it could be streamlined and continuing the alliance's existing initiatives, such as coordinating Green Up Day and household hazardous waste collections.

While the Universal Recycling Law has some "unpaid mandates" that the alliance is struggling to meet, Malter said, "The good news is that, philosophically, we're going in the right direction," in terms of increasing recycling and diverting organic material from the waste stream. "What we're doing as a state, we're leading the country," Malter said.

As for whether Vermont will provide financial assistance to towns and alliances adjusting to the new law, "The Legislature is still in session, so who knows what will happen?" he said, explaining that in the past the state has looked into measures such as a tax on solid waste or even on grocery bags. But "Trash is a local issue, in the end," Malter said, "and every town has the responsibility to take care of their own."