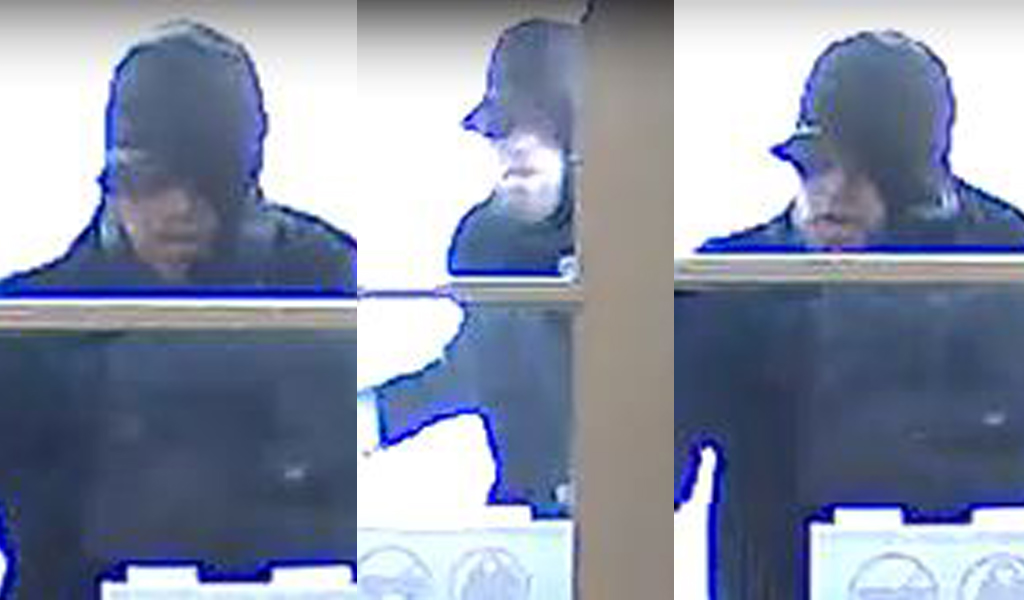 As part of the ongoing investigation into the Northfield Savings Bank armed robbery that occurred on Tuesday afternoon, May 5, detectives have developed an enhanced surveillance picture of the suspect. Upon close examination of the surveillance video supplied by the bank, it was discovered that the suspect's face was uncovered as the male went through the outer door. After opening the outer door, a mask was raised, obscuring the suspect's face. Stills were created from this portion of the surveillance video in hopes of identifying the suspect. Detectives are asking for the help of anyone who might recognize the suspect based on these enhanced pictures.

The investigations into the armed robberies that occurred at Northfield Savings Bank in Waitsfield on April 28 and May 5 are ongoing. It remains unknown if the two armed robbery incidents are connected. Please contact detectives with any information on either incident at Vermont State Police Middlesex barracks at (802) 229-9191.