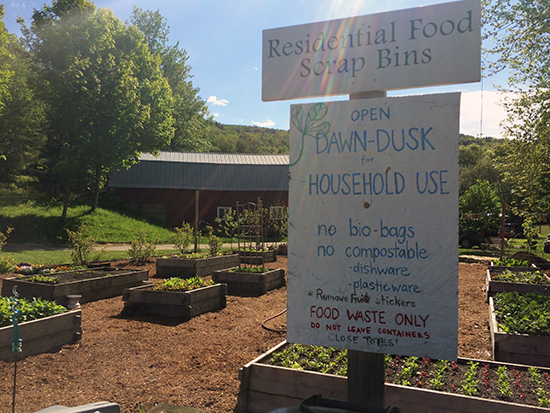 Last month, the Vermont Agency of Natural Resources (ANR), upon receiving a request from Grow Compost of Vermont, revoked the Moretown company's solid waste certification on June 12. It failed, however, to notify the town of the change and abutting landowners were advised of the change on July 7.

"The ANR kind of left us out on the ice," attorney Ron Shems told the Moretown Select Board at their meeting on Monday, July 20. Typically, the town is copied on all correspondence between the Route 2 facility and the state, but "for some reason, we never got copied" on this most recent exchange, Shems said.

Upon learning of the revocation of Grow Compost's solid waste certification, select board chair Tom Martin took immediate action and filed an appeal of the ANR's decision through Shems on July 13.

"I think we all would have preferred to have a meeting before that," board member Rae Washburn said, but the deadline for filing was fast approaching. And so on Monday, the board voted to support Martin's appeal and discussed how to deal with the issue, going forward.

In the letter that Ben Gauthier of the ANR Solid Waste Management Program sent out to Grow Compost's abutting landowners following the revocation of the certification, the agency states that the Route 2 facility "had ceased directly composting solid waste and instead had switched their process to feed all food scraps to laying chickens." The remaining uneaten food scraps and chicken manure, Gauthier explains, are then composted on site.

Feeding chickens, the ANR stated, is an "agricultural activity," and because Grow Compost is composting "only manures and high-carbon feedstocks, the [Solid Waste Management Program] no longer has jurisdiction over the composting process or the facility," Gauthier said.

So, who does have jurisdiction over the facility? the select board asked last week. And why did Grow Compost request the revocation?

At Monday's meeting, Grow Compost owners Lisa Ransom and Scott Baughman explained that with the adoption of the Universal Recycling Law (Act 250), which states that all organic material must be diverted from the landfill by 2020, Vermont has adopted a new hierarchy of food recovery.

Under the hierarchy, leftovers are first reduced at their source, then fed to humans, then fed to animals and then—only if they are unsuitable for any of the aforementioned—are broken down to be used as fertilizer.

To uphold the hierarchy, "We've changed our business," Ransom said, explaining that instead of breaking down all of its food scraps into soil, Grow Compost is now sending leftovers to food shelves or feeding them to anaerobic digesters and farm animals.

According to Ransom, "There is no food that comes on our property that isn't food for chickens," she said.

With this new method, as the ANR's letter states, the solid waste certification does not apply, and "I think the immediate policy issue is that if the ANR is going to let go of jurisdiction there needs to be ... some transition," Shems said, explaining that the town is not sure whether it can or wants to be responsible for regulating the Route 2 facility.

According to Ransom, with all of the changes taking place with Act 250, "The state doesn't really know what to do with composters anymore," she said, explaining that as far as she knows the ANR does not yet have a way to monitor the growing industry.

"Getting down to the leaves of the law, it's fairly complicated," Shems said, but the town filed an appeal of the ANR's decision "to protect itself," he said. "I haven't really put in the time or research to decide how much merit there is to the appeal," Shems said, explaining that it might not end up being the best action for the town to take.

Moving forward, the select board voted to write a memo to the state informing them of their concerns. "I don't want to send the message that I'm against your company," Washburn told Ransom and Baughman on Monday. "We're just trying to sort this out."

"Grow Compost is an important asset to the town," Shems said, and he recommended the town request to "maintain the status quo" or keep the certification in place until the town knows more about the situation. In addition, Shems proposed holding a public forum between the company, elected officials and residents to help improve communication between everyone involved in the transition. {jcomments on}