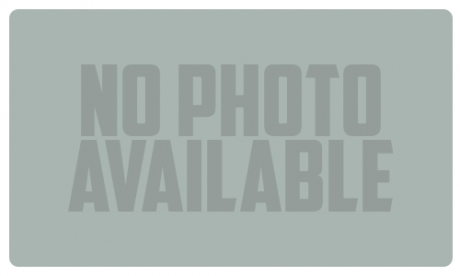 The Vermont Agency of Agriculture, Food and Markets (VAAFM) has released a draft copy of amendments to Act 64, a piece of legislation proposed to reduce pollution in waterways across Vermont, but farmer Elwin Neill of Waitsfield calls it “just another convoluted scheme by the state.”

The amendments are intended to regulate livestock activities, soil health, buffer zones, crop production and the storage and application of manure. One of its goals is to reduce the amount of phosphorus in Lake Champlain.

Under the old AAPs, there was no definition for “small farm,” but the new RAPs define it as a land of 10 acres or more used for farming livestock, crops or maple syrup. It can also be defined by the number of livestock present on the land.

Neill said, “Farms should do all the practices they possibly can to not have runoff into streams” but thinks that the act will put many farmers out of business.

One of the most dramatic changes to the bill is that livestock must be relocated away from water sources. Landowners may have to install expensive water systems for animals to drink from and must construct fences and bridges over and around streams.

Neill often leases a portion of land that has three brooks running through it and cannot afford to continue leasing in the future if he must spend thousands of dollars to build fences and culverts. He said, “Landowners and leasers are both negatively affected.”

If farmers cannot afford these building projects, they will pasture their animals less, Neill believes. Since animals keep vegetation down and, therefore, Vermont’s scenic views open, both could be eliminated.

“The open views with animals out on the landscape that the state sells on their postcards will not be there anymore.” This is a long-term effect, Neill said, but no one seems to be thinking in terms of a “broad spectrum of ramifications.”

Farmers must also apply cover crops to certain areas, which would trap nutrients such as phosphorus in the plants, but this could be costly. Neill estimates $4,000 to seed his corn crop, which spans about 100 acres, including $44 to $66 worth of seeds per acre, plus the labor for applying it.

Another RAP is the inclusion of buffer strips that Neill said are “ill thought out.” The strips are intended to prevent manure runoff from entering water sources, but Neill said that riverbanks are built up naturally and that the Natural Resources Conservation Service (NRCS) would agree. He said that the act would do better to look at contours, floodways and low spots in fields.

As buffer strips reduce the total amount of land a farmer can use for production — and Neill estimates that some pastures will be reduced by 30 percent — farmers must find more land to house the same number of animals or purchase feed instead of having animals graze the land. This is a big problem, Neill said, because “There is a finite amount of land and with these regulations you’ve just reduced it by a large percent.”

A new manure certification program will begin in August 2016 and manure cannot be applied within 25 feet of surface waters or within 10 feet of a ditch. Farmers can no longer stack their manure in piles but must contain it within pits.

While the act implies that “manure is the big evil,” Neill said, “They don’t talk about commercial fertilizer application,” which is still permitted and more polluting to waterways than organic fertilizer, which, Neill said, would adhere to soil particles.

Neill questions whether increased phosphorus in Lake Champlain is due to farms entirely, or at all, and thinks that the cause of pollution is “misdirected.” He says that many areas in Vermont, such as the Dog River in Northfield, do not have active dairy farms nearby and yet high levels of phosphorus in the river are found.

Runoff from development of roads, parking lots, storm drains and storm catch basins could also be culprits for water pollution, yet the state supports these efforts, Neill said. “There are thousands of miles of highways within 10 feet of streams,” Neill said. “I bet they don’t see much change in cleaning up Lake Champlain.”

The penalty for not complying with Act 64 could be $5,000 per violation and cannot exceed $50,000. Even if farmers acquire the appropriate licenses under the act, a farm may not meet the act’s criteria and be fined, Neill said.

Most importantly, Neill said, “You could lose your Current Use enrollment if you don’t comply with Act 64 and the relationship between the two acts — I don’t think anybody’s thinking about it — has a huge impact on farmers and landowners.”

Losing the Current Use enrollment means that landowners would have to pay property taxes based on fair market value — often an unaffordable amount. Neill believes the state is merely “looking for places to make up their deficit.”

VAAFM has scheduled 10 public meetings across the state that run through December. In the coming weeks, The Valley Reporter will explore the relationships between Act 64 and Vermont’s Current Use program.