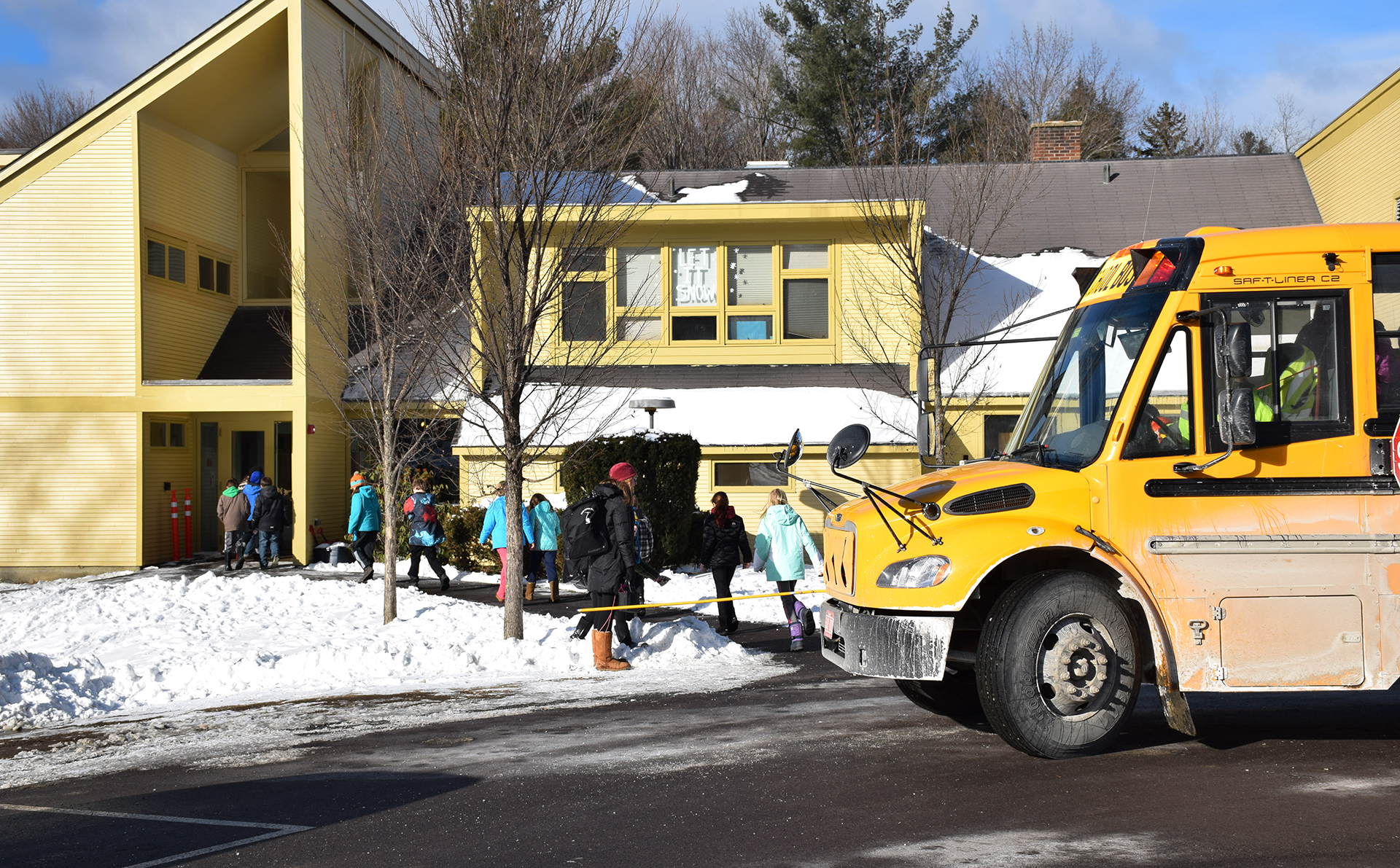 Warren Elementary School students were instructed to put on their coats and walk with their teachers down the school driveway to Brook Road and over to the Warren Town Hall shortly after 8:45 a.m. on January 22 when the school received a bomb threat.

The threat came in the form of an automated “robo” call to Warren Elementary School which school administrative assistant Heidi Greene received.

Students and staff were out of the building within seven minutes and the sheriff arrived in approximately five minutes. Principal Beth Peterson said that school staff swept the school to make sure everyone was out. Warren Volunteer Fire department personnel were on scene quickly in 10 minutes and Vermont State Police in 15 minutes.

While law officials searched the school Peterson remained outside connected to the students and staff by walkie-talkie and the Washington West Supervisory Union by cellphone. Parents throughout the supervisory union were notified about the incident by email.

School buses returned students and staff to the school shortly after 10 a.m. when state police had cleared the scene. Parents throughout the district were notified about the incident by email and Warren parents were notified as soon as the school was evacuated and then again when students were back at the school.

Law enforcement officials told the school leaders that such robo calls were happening all over the country and praised the school for how quickly and orderly the evacuation went.

Until they arrived at the Town Hall, school staffers assumed the evacuation was a drill. At the Town Hall kids played games and watched a movie.

Once kids were back in their classrooms, teachers and Peterson talked to students about what happened, answering their questions and explaining what happened.

“The PK-2 team did not feel it was necessary to do so with their students. The PK students believe that they were on something of a field trip and did not seem to have any noticeable concerns or questions. We did not use the word ‘bomb’ with the K-4 students, we told them that there was a threat and the police and fire department checked it out and we are OK. We answered all their questions. We also let them know what a great job they did listening and following directions. The Upper Unit students were read the message that was sent to parents aloud. They had many questions and we answered them all,” Peterson wrote in an email that evening to parents.

“At the Warren School, we have been fortunate in the past to not to have to deal with bomb threats. Unfortunately, in today's public buildings, and certainly schools, they are far too common. Our safety and security procedures are well developed with input from statewide trained responders. Our procedures were fully implemented today and served us well,” Peterson wrote, noting that staff and teachers were debriefed about the event that day as well.

Tracking the source of such robo calls is tricky, according to Kurt Gruendling of Waitsfield Telecom.

“I spoke to our central office techs this morning to get some additional information. It looks like there isn’t a lot of detailed information that is available specific to a call. However, there is enough of a thread that if pursued quickly and correctly across multiple telecom providers, in many cases you can identify the originating caller. Obviously anything we find can’t be released to law enforcement without a subpoena,” Gruendling explained.