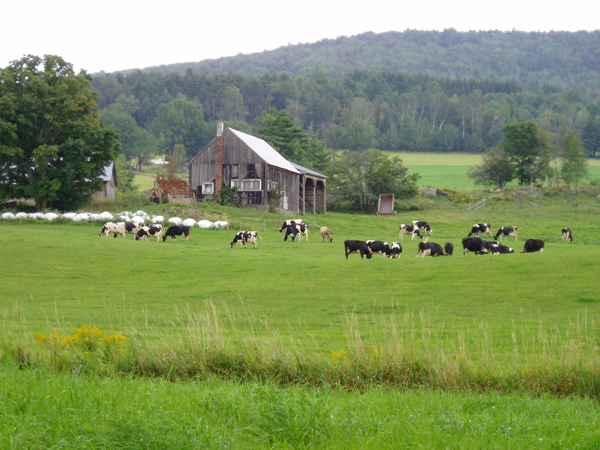 Late last year, Vermont’s Agency of Agriculture, Food and Markets (VAAFM) released a draft of the Required Agricultural Practices (RAPs) — a set of new agricultural standards that are aligned with the Clean Water Act (Act 64). After receiving extensive feedback from farmers and other community members, VAAFM has filed a final version of the requirements with the Vermont secretary of state on May 13.

The filing of these guidelines represents the start of a formal rule-making process, which will include a public comment period running from May 16 until July 7, as well as five public hearings scheduled for the end of June.

The RAPs are an updated version of the 1995 Accepted Agricultural Practices (AAPs), which regulate livestock activity, soil health, crop production, and the storage and application of manure, among other practices. Whereas large- and medium-scale farms have been regulated in the past, small-scale farms will soon be subject to the guidelines and will require certification by July of 2017.

Any farm operation of more than four acres or smaller farms that earn at least $2,000 annually will need to comply with the requirements.

Several owners of small Valley farms said that they do not yet understand how they will be affected by the new requirements. Some commented that the will have to file extensive paperwork and possibly apply and pay for certification in manure management, for example.

Since last fall, VAAFM has conducted over 80 public forums and meetings across the state in order to solicit feedback on three drafts of the requirements from over 1,800 farmers, stakeholders and community members. Many also submitted written commentary to the agency.

“One of the largest takeaways from the proposed RAP rule,” said VAAFM Agricultural Resource Management Division director Jim Leland, “is that while the rule sets strong baseline performance standards, there is the opportunity for farm operators and planners to develop and submit to the agency for approval specialized alternative management plans to address site-specific conditions.”
The proposed rule is available on the agency website: http://agriculture.vermont.gov/water-quality/regulations/rap.

Public comment can be submitted to the agency’s RAP email inbox at This email address is being protected from spambots. You need JavaScript enabled to view it. or by mailing written comment to the Agency of Agriculture at 116 State Street, Montpelier, VT 05620.

The agency has also made available additional summary materials on its website, including two summary factsheets which highlight the most significant changes from the AAPs to the RAPs.

The five public hearings are scheduled for: