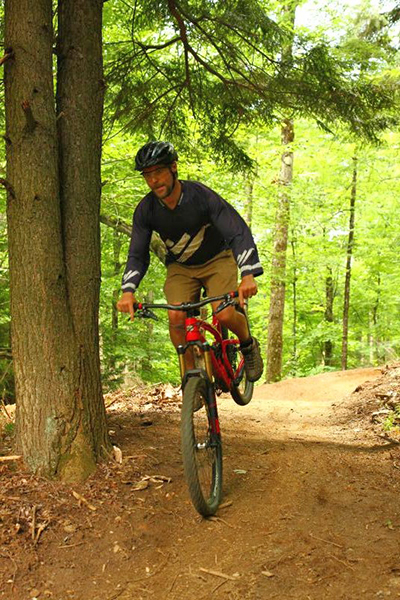 Nine years ago mountain bikers from all over the Northeast rode into the inaugural Vermont Mountain Bike Association’s festival held in Waterbury. Starting Friday, July 22, the festival will come to The Valley.

VMBA is expecting 500 mountain bikers this weekend, up from about 350 riders last year, when the festival was held in Ascutney. Based on the number of preregisters, the festival will be much bigger than it has ever been, said director of VMBA Tom Stuessy.

The value of this year’s festival is unlike any festival in the past. Bikers will pay $100 for access to all of the trails in The Valley, a barbecue Saturday night, a T-shirt, as well as two free bike demos from any of the 11 companies offering them. An additional $12 will allow riders unlimited bike demos and all of the money made from this add-on sale will be split between the Vermont bike shops that will be at the festival.

There are 66 confirmed vendors that will make an appearance between Friday and Sunday. If any more are to sign up, VMBA will struggle to make space for them. The vendors will be placed on the parking levels below the Mt. Ellen base lodge.

Sugarbush has been hard at work in order to prepare for the event as well. Mt. Ellen is unveiling a new trail at the event, the Highlander XC Trail. The new trail is still under construction and builders will be working on the trail up until the opening.

Highlander is described as an “intermediate to advanced” trail by Mike Skroski, who was influential in the trails creation, according to Candice White, vice president of communications and brand management at Sugarbush.

“There are several chances to choose a more technical route, riding over big rocks or steps, or to stay on the main path,” said Skroski.

The trail has two exit points that will take riders down to the base. They are situated before entering the middle and final sections of the trail, which both increase in difficulty.

The trail is approximately 2 miles long and is a mix of old-school rake-and-ride construction and new-school-built berms. Along the course riders may see flagged sections that are indicators for a future downhill route. The flagged route will be more suitable for a flowing downhill ride, but it is not meant for ascent.

With the Lareau Bridge closed, there are a few complications, but VMBA has increased the number of shuttles for riders from four to eight. The shuttles will take riders to various areas around The Valley, but more importantly they will take riders back to the base of Mt. Ellen.

Ride “for as long as your legs and lungs can handle,” Stuessy said. “The Valley is a great place to mountain bike and riders will be challenged after multiple-hour rides. They can choose to pedal back to the base or if they are pressed for time or tired the shuttles will be there.”

Stuessy would like to keep the festival in The Valley for “at least” two years. There is a great community of riders in The Valley, Stuessy said.