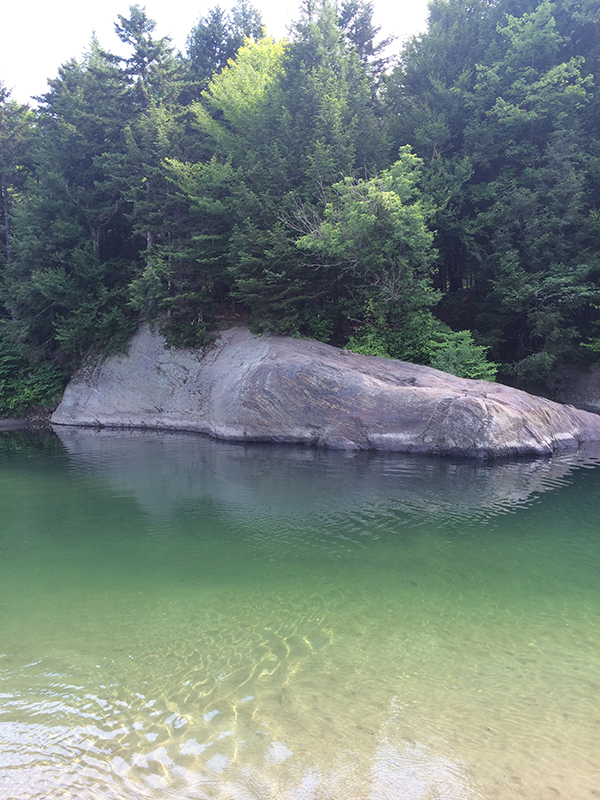 When Friends of the Mad River (FMR) hosts a presentation about 35 years of monitoring the Mad River tonight, August 18, people will hear how using data has allowed the river advocacy group to adapt its work to specific problems affecting the watershed.

The Mad River Watch program has been going on for 35 years, providing data on E. coli counts throughout the watershed as well as pH levels, turbidity, temperature and other details.

Dr. Fritz Gerhardt has analyzed that data for Friends of the Mad River. It will be presented to the public on August 18 at the Robert Vasseur Town Hall in Fayston at 7 p.m.

Corrie Miller, executive director of FMR, said that the report is extensive and includes a great deal of information that will help FMR move forward with its work.

She said that it includes data about pH levels in the local watershed that reflect a change, over two decades, in the acid rain that had previously fallen on the Northeast from Midwestern coal plants.

“From a data standpoint, it’s pretty darn interesting that our pH levels have improved as the coal-burning plants have closed. We can’t say that it was due to that, but it’s interesting.

“From a management and Mad River Watch program point of view, it’s encouraging to know where we have problems and where we need to focus as well as where we can celebrate some successes,” Miller said, noting that the depth of the data report allows a long-term look at the health of the watershed.

“It shows us where we’ve been good stewards of the resources and where there are areas where we still have problems,” Miller noted.

FMR used to test 36 sites across the watershed to monitor changes over time.

“That allowed us to see problems and fix them, such as straight piping septic into the water. We were able to use the data to implement changes. Now we’re going to try and shift so that we continue to monitor sites where people recreate for public health and we don’t waste time with that testing where people don't recreate,” Miller said.

This will free up FMR to focus on specific problem areas, such as one found in the stream near the Brook Road-Joslin Hill culvert.

“We identified a problem there and worked our way upstream to where that splits, putting testing sites on each of the splits to determine which watershed is the problem, so that we can hone in on the problem. We’ve done it in the past as well, but now we’re going to be chasing it with the data,” Miller explained.

“The message we’re pushing is that the quality of water is a measure of our stewardship of the land. That’s the concept of a watershed. Poor management of land results in water quality issues,” she added.

Tonight’s meeting is free and open to the public. Refreshments will be served. The Robert Vasseur Town Hall is located on North Fayston Road.