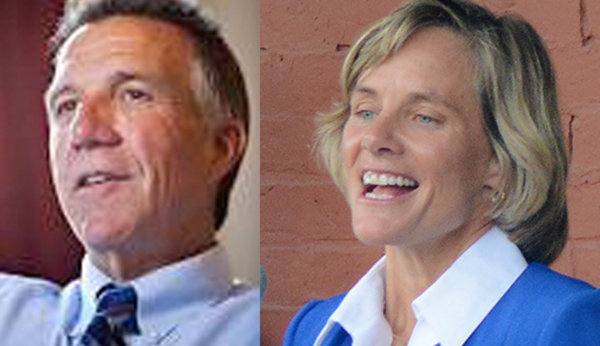 The Valley Reporter and Mad River Valley Television will hold a candidate forum for the four candidates running for state representative on October 18 at the Big Picture Theater in Waitsfield from 6 to 8:30 p.m. Those who cannot attend the forum are invited to email questions to This email address is being protected from spambots. You need JavaScript enabled to view it..

VR: Does it make sense to dismantle Vermont Health Connect after we’ve invested so many millions in it and how would we save money by switching to the federal exchange or some other entity? And more choice? Better care? More affordable?

Sue Minter (SN): I will focus first, as governor, on making the Vermont Health Exchange function. It has done a disservice to Vermonters. Not only do we need to ensure it serves the people who are on it, which includes thousands of families like mine, but the failure to succeed has undermined our confidence in government. Jumping to the federal exchange sounds like a solution, but what I will not do is make a change as dramatic as that without understanding the implications both to the taxpayer and to the people who are on it. We really can’t expect the federal government to solve our problems. We have to look at the cost and I have seen estimates of $24 million to move to the federal exchange – those are state dollars which are very different from federal dollars. And making the switch will literally leave over 17,000 families uninsured. The reason we have a unique exchange is because of Vermont’s unique health care subsidy which is the reason why we have now achieved over 96 percent of Vermonters accessing care. There is an independent assessment being done now on the exchange and I want to look at the results. I’m not going to say we are going to jump unless I know we really can’t achieve full functionality with the system we have. And any plan for change is going to address the cost to the taxpayer and the impact of possibly kicking 17,000 people off of their insurance.

Phil Scott (PS): This $2-3 billion experiment on a health care exchange has been dismal. Vermonters are still struggling to get through the process. We get calls every day about somebody having a problem. We have a responsibility to make sure that the fundamentals will work. We’ve spent enough money. Hawaii used the same contractor as we did, CGI, and went through the same thing that we’re going through. They decided to pull the plug and were able to keep a certain portion in terms of Medicaid, but they went to the federal exchange and they merged the two. I’d like to talk with Hawaii more about what they went through. I have entered into discussions with Connecticut, for instance. They’ve said and demonstrated that they would be willing to help us because we could use their cloud-based IT structure and it could be autonomous to theirs. When you look at what this current system costs, they’re forecasting $45 million a year to maintain it. Look at New Hampshire and Vermont; New Hampshire went with the fed exchange. They spent less than $20 million to set theirs up; they’re spending less than $20 million to maintain theirs. If the maintenance costs and operating costs are lower, to the tune of $20-$25 million a year, it wouldn’t take long to pay for a different system. I’d like to see us talk to the congressional delegation and the feds about crossing states to seek more choices, more competition. That may be difficult, but I think it’s also doable while maintaining our current wish for community rating. That’s part of our dilemma as well as maybe part of the solution; we’re aging and usage is up. We don’t have as many youth in there and they’re paying into the system and it’s spreading the burden out. If we can restore that age group, 25 to 45, that’ll help in that respect too. I’d like to see more completion. If we could go back and redo this and start over I would’ve much rather sought a multistate coalition, some group so we’d have more population so we could spread the risk and we could share in maintenance costs. There is a study coming out that the Legislature asked for I would expect in the next month or two, about what options we have.

VR: Our local health center has been sold and resold and resold again. It was a part of CVMC and ultimately it’s a part of UVM’s giant behemoth that owns all of our health facilities throughout the state. What are your thoughts on increasing consolidation of medical services under one giant umbrella?

PS: I am concerned about where that leads – monopolies usually. I’m hesitant to be a part of, I think that competition is good and I think that we have to be very careful and cautious as we move forward in this. That’s my concern with this new concept, the all-care waiver that we’ve heard some about, but we haven’t heard a lot of details. The governor has indicated that he’s hoping to make this deal with the federal government to change the way we do business and pay, instead of fee for service; talk about the health care and overall the patient. I understand and I think that I appreciate, but if we’re moving toward just one entity that’s going to be in charge, that’s concerning. So I’m looking forward to more transparency and more details in that regard.
SM: If we look at it from 20,000 feet, one of the goals of health care reform, my goal, would be to reduce cost of care. Our challenge is that our current system of paying for care incentivizes more visits, more pills and more procedures. What we want to do is reverse that to create more incentives for prevention and healthy outcomes. One of the ways of looking at that is to have one system of care so that University of Vermont medical system can invest in prevention rather than simply trying to keep their hospital beds full. When you think about it, a hospital has to basically keep its beds full to pay. The all-payer waiver concept is to try to enable more investment at the community level and in prevention and that’s the type of reform I will be looking for. My concern is the details of how this affects local clinics that are not looking to be absorbed by the giant hospitals. If we can think about us as one system of care where some of the excesses in costs that are being driven by our current model, those savings can be invested in the community care and in prevention and in the big picture, that’s how we are going to reform the delivery of care. I know that doctors don’t want to be told they only have 15-minute increments and all they have time to do is fill out the electronic medical records and get the pills. We’ve actually seen models – I had a great conversation with one model in Middlebury that the designated agency, which is the Counseling Services of Addison County, have looked to this one budget so the clinicians don’t have to think about how long they are spending or with whom they are spending their time. They have demonstrated that without that form of payment, they are able to reduce cost and get better outcomes. That is the goal in the concept. Let’s look at how we keep people healthy through prevention and primary care and reduce the need for visits to the hospital.