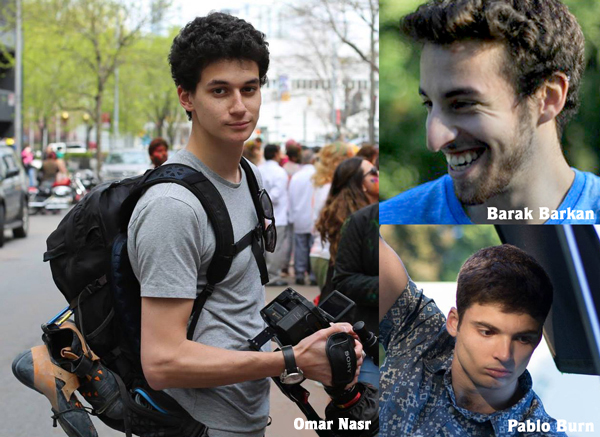 The Mad River Valley’s beauty will be on full display on the big screen now that an independent film just finished shooting.

The three filmmakers met while studying at New York University’s Tisch School of Arts. Barkan has been working with Nasr since they were freshmen and the three of them have always dreamt of creating their own film.

“When we graduated, everyone was running off and getting jobs and we were also in that same racket, but we always had this dream of going and making a movie, no matter how small it was,” Barkan said.

“We just tried to figure out where and what kind of story we could tell,” he added. Barkan said that many of the factors were dependent on the trio’s resources and budget.

“We had this house up in Vermont and we thought it would be a perfect place to set any film,” Barkan noted. Barkan’s family has a house in Warren.

Spoiling the movie as little as possible, Barkan said it is about two sisters, one blind and the other deaf, who have created a language built entirely around physical contact. They live secluded in the countryside with their father who is “slowly losing his mind,” and the plot moves on from there.

Although the Mad River Valley is never named in the film, nearly the entire film was shot within the watershed.

Burn and Nasr said that filming in The Valley was beautiful and that it was hard to make the area less picturesque when the shot needed it.

Nasr said that when the group came to The Valley in February he was amazed, noting that he had never been to an environment like Vermont’s.

The group will now go into post-production, where the movie is really made, according to Barkan, and they will begin talking to distributors.

They would like to put the movie into as many theaters as possible and they don’t want viewers to start watching with any assumptions of the film. This is why Barkan declined to give a budget figure for the movie.

Barkan did mention that they hope to screen the movie in The Valley before it’s released and when locals watch they will assuredly see many familiar places and most likely some familiar faces and some local residents in the film.

Barkan said that working in The Valley was great and the people were incredibly helpful, whether it was specific props they needed or if they wanted to shoot at a specific location.

There is currently no timetable for when the movie could be released, but keep an eye out at the Big Picture.