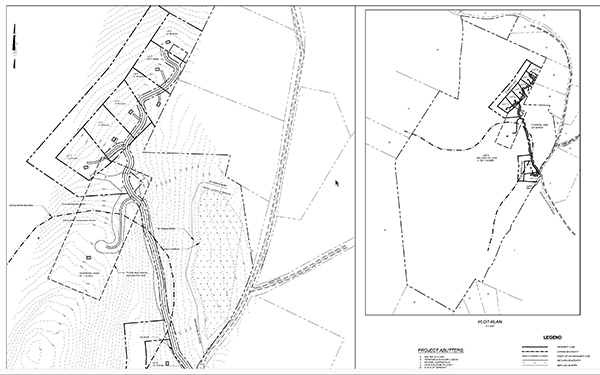 The site visit for a 10-lot subdivision proposed for 376 acres in Fayston takes place next Tuesday, November 14. The subdivision is proposed for land near the intersection of Center Fayston and Randell Roads. Those interested will meet at the site at 6 p.m.

The proposal is currently under review by the Fayston Development Review Board.

The subdivision proposal includes the creation of eight two-acre lots, a common area lot of 35 acres and one 327-acre lot.

At the September 26 development review board hearing (DRB), the board discussed the proposal, which developer Paul May, says is “work force housing.” May is buying the parcel from the Piepers.

Fayston zoning administrator John Weir said that the developer plans to build the houses as well as subdivide the land. The eight smaller lots will be offered for sale, with homes constructed, including septic and water, for $300,000 to $350,000. Each house is proposed as a four-bedroom house.

The subdivision will be accessed via an upgraded, existing logging road and is located in the town’s rural residential and soil/water conservation districts. The northern and eastern sides of the parcel are developed with single-family homes. The southwestern portion of the parcel abuts the Camel’s Hump State Forest. The land is forested except for an open area that was a log landing area. The lot is located on a ridgeline that runs from north to south with elevations ranging from 1,400 to 2,300 feet.

Additionally, according to the project narrative, the proposed subdivision is located on the lower reaches of a ridgeline and is not predominantly hilltop. While the parcel does contain areas of steep slopes, the layout of lots, building areas, drives, septic systems and roads avoids these areas and keeps the houses off the height of the land.

After the site visit, the DRB will continue its hearing on the project on November 14.