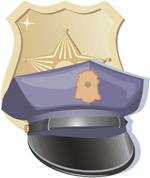 Andrew Wimble’s attorney has filed a motion seeking dismissal of charges that he furnished alcohol to a minor with serious bodily harm resulting.

Wimble, 32, of Waitsfield, is charged with furnishing alcohol on October 13, 2016, to Andrew Baird IV, who was 20 at the time, and who shortly thereafter drove off the road in an accident that left passenger Lindsey (Lily) Stilwell, then 19, paralyzed from the waist down.

Last week, Wimble’s attorney, Catherine Dux, submitted a motion arguing that the state had insufficient evidence for the charge against the defendant.

Deputy State’s Attorney Dickson Corbett outlined the state’s opposition to that motion with evidence from detailed police reports and sworn testimony given by Stilwell, Baird and others immediately after the accident.

According to police reports, Andrew “AJ” Wimble purchased beer for Baird and Stilwell on the night of October 13 and they drove to Wimble’s house, where they played beer pong for several hours.

Stilwell told police that Wimble and Baird had picked her up at her home and that they drove to Waterbury where Wimble bought beer. Baird told police he had had “at least four or five beers” over the course of about two and a half hours.

Baird and Stilwell then left the party and Baird allegedly lost control of the car and went off the road at high speed, rolling down an embankment. Baird was unhurt in the accident, but severe injuries to Stilwell’s cervical spine left her paralyzed.

The state trooper responding to the call observed and recorded multiple signs that Baird may have been drinking including “swaying side to side noticeably.” A drug analysis estimated that Baird’s blood alcohol level at the time of the accident was 0.205 percent.

The state concluded in its response to the motion that “[Stilwell’s] injury was caused as a result of the alcohol violation,” and that there was “genuine issue for trial” in the case of Wimble, who furnished the alcohol that night, hosted the party and did not prevent Baird and Stilwell from driving.

This case is being heard in Orange County and the judge may rule on the motion or seek another hearing before the case goes to trial.