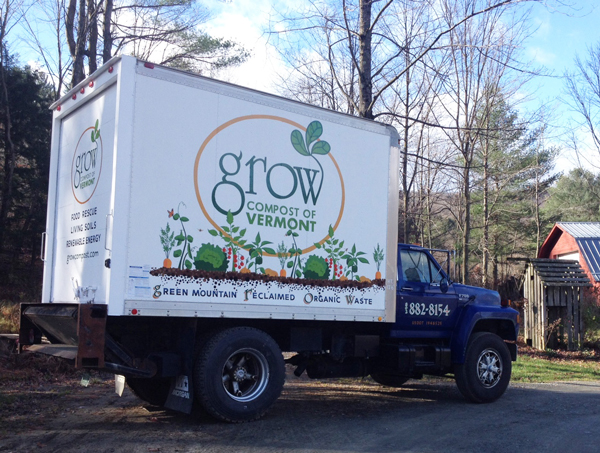 The town of Moretown is appealing the revocation of Grow Compost’s Act 250 permit.

The Moretown Select Board held a special meeting on November 13 to discuss the revocation of the permit. The District 5 Environmental Commission issued its decision to revoke the permit on October 31. The decision came well over two years after Grow Compost asked to have it revoked and long after the town of Moretown informed the commission of its concerns with revocation.

The appeal goes to the Vermont Environmental Court and will be heard de novo (as if it were a new case) and will also allow the town to seek information about Grow Compost through discovery.

Grow Compost asked to have its Act 250 permit revoked as well as its solid waste certification in 2015 on the grounds that it was no longer a commercial compost business and had become a strictly agricultural endeavor. The owners, Scott Baughman and Lisa Ransom, asked for the revocation on the grounds that they were using chickens to consume the food waste.

At the time, the town of Moretown raised concerns about the change, wanting to know how chickens could consume the amount of food waste that was being sent to the Route 2 facility. A state wastewater permit was terminated in 2015, which Moretown challenged in court. The town also filed arguments with the District 5 Environmental Commission objecting to the termination of the company’s Act 250 permit.

Select board chair Tom Martin said that the board asked town attorney Ron Shems to meet to discuss the matter this week after the October 31 decision was followed by a November 1 email from the Vermont Department of Environmental Conservation’s Watershed Management Division informing all parties that Grow Compost’s multisector general permit had not been revoked. That revocation is on hold while Jamie Bates, environmental analyst for the state’s stormwater program, conducts a technical review.

“Ron felt, as we did, that this whole case has been a disaster in terms of process. You can debate the decision to revoke their permit either way, but no normal process has been followed for this,” Martin said.

He said that the town did consider asking the District 5 Commission to reconsider its decision, but ultimately the board felt it would be better to remove the process from the commission and start over with an appeal in environmental court.

“If it’s a farm, it’s a farm, and I’m fine with that. We do want to support the businesses in Moretown, but they need to abide by the laws. We want some oversight and we want transparency in the state’s review process,” Martin added.

“We don’t want the neighbors coming to us asking why we didn’t do anything to protect them. That’s what we’re elected to do – protect the interests of the town,” he continued.

Shems pointed out that Moretown does not have the capacity or expertise to regulate Grow Compost.

“We don’t have the ability to regulate this and make sure there are no discharges or odors. So, we want Act 250 to regulate it. I don’t think Grow Compost has made the showing that it’s a farm,” Shems said.

Board members Rae Washburn, John Hoogenboom, Jason Aronowitz and Martin voted to proceed with the appeal. Board member Tom Badowski was not present. Shems told the select board that the cost of the appeal would be between $2,000 and $10,000. The appeal process can be stopped at any time by the town.