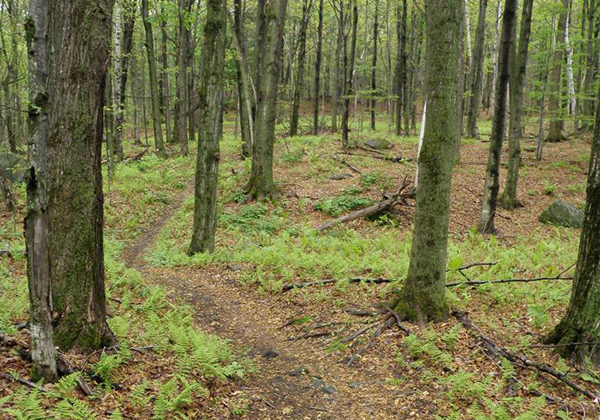 The Mad River Valley Recreation District hopes to improve mapping and signage for recreational trails throughout The Valley.

The recreation district is currently finishing its strategic plan, with SE Group, Burlington, being hired as consultants. On Thursday, at the Mad River Town Leadership Meeting, Luke Foley, a recreation district board member, spoke to the five select boards from the watershed about the next steps moving forward.

The Waitsfield, Warren and Fayston select boards each put in $15,000 toward the recreation district each year, which is used for small grants given to recreation stakeholders throughout the Mad River Valley. This year, in addition to the base $15,000, the recreation district is asking for $2,500 for trail maps and $6,000 from each town for a trail signage project.

During the recreation district’s presentation, select board members were told that maps and signage will give visitors greater access and knowledge of the area so they can enjoy all of the recreational assets that The Valley’s community members already know exist.

With the money for new maps, the recreation district will fund new kiosks to place on the trails where visitors can go for information.

“So that when you get a map it has the same logo, it has the same feel to it. You can identify how it all connects, who is responsible for the maintenance of all these [trails], when they are open,” Foley said.

This could help The Valley become competitive with the Kingdom Trails in Burke and Killington, Foley said.

Warren Select Board member Bob Ackland asked Foley and the recreation district members in the audience why they did not ask for money intended for maintenance, as that is one concern he has heard about personally.

In the future, Foley said, the recreation district will look to add a staffed position. He compared the total amount of money that is spent on recreation in Stowe, Waterbury and Bristol per person to that of the Mad River Valley.

Stowe spends $111 per taxpayer on recreation; Waterbury and Bristol spend $65 and $64, respectively; and the Mad River Valley spends $9, according to the recreation district’s presentation.

Foley said that he realizes that the Mad River Valley’s residents do not want to live in “a Stowe” or “a Killington”; however, those areas are The Valley’s competitors.

Drew Pollak, from SE Group, said that volunteer groups in The Valley take on a lot of the work that those departments do, and it is because of those groups that recreational assets have thrived, but they have lacked a cohesive vision and that is where a staffed recreation director could be helpful.

“The facilities are great, but what you’ll see here in The Valley is that things were built, things were designed, but they weren’t necessarily planned with a cohesive, consistent person orchestrating it,” Pollak said.

Ed Read, of the Fayston Select Board, asked why the recreation district did not simply ask for a staff member this year. Foley said that a staff member would cost much more than the map and signage and the district wanted to ensure that there is community support for a staff person.

However, in the interim, the recreation district wants to take on specific projects. This year they have chosen The Valley’s trail system.

Paul Hartshorn, chair of the Waitsfield Select Board, said that he believes the additional money is ambitious considering how much money the taxpayers have already put toward the recreation district’s purchase of Mad River Park.

“It looks to me that nobody’s thinking about how much it’s costing all of the taxpayers for all of this,” Hartshorn said.

“I really appreciate Paul’s natural skepticism of spending money, but I do really feel strongly that the public investment of really very modest dollars has an enormous return to our economy,” said Jared Cadwell, of the Fayston Select Board, just before endorsing the expenditure.