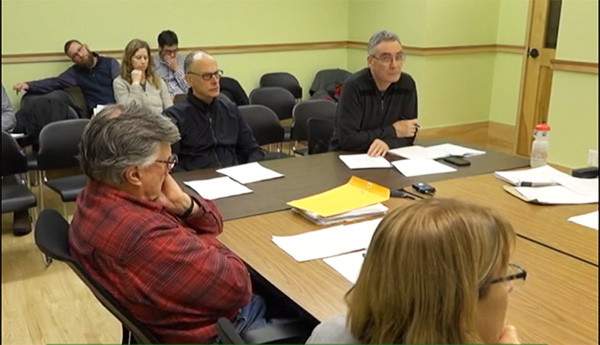 The Waitsfield Select Board and town’s water commission have signed a memorandum of understanding (MOU) that outlines how much Waitsfield’s taxpayers will pay toward the town’s water system. However, board chair Paul Hartshorn is unhappy with how it is worded.

“That still bothers me, charging 44 ERUs [equivalent residential units] when you know darn well that there isn’t going to be 44 ERUs ever used,” Hartshorn said.

Recently the select board and the water commissioners agreed upon an MOU that spells out how much town taxpayers will pay toward the water system. When the water system was built, fire protection services were added, which accounted for 21 percent of the cost of the $8 million system.

Before the MOU, system users were funding all of the costs of the fire protection. Now the cost of 44 ERUs is being used to determine a fair share for taxpayers.

Hartshorn’s board counterparts explained that the 44 ERUs that have been assigned to the fire department are not a reflection of the department’s use but of the additional cost that was added to the system when the select board decided to include fire protection.

“I think what we did was take the construction cost and try to translate it into a measure of capacity overall in the system so it does a little bit of both of those things where it reflects the 20 to 21 percent of construction cost and converted it into ERUs,” said Trevor Lashua, Waitsfield’s town administrator.

Previously, the water users, about 100 residents, had paid for the entirety of the debt service from the water system, which was built in 2013.

The select board considered other ways, like a percentage of construction costs, in which they could have charged the taxpayers, but they landed on ERUs because as the system gains more ERUs the cost per ERU will go down.

Currently, 44 ERUs equate to $35,200 per year; however, starting in July 2018, the water commissioners expect the price of an ERU to decrease from $800 to $655, helped by the addition of Lawson’s Finest Liquids.

“I get it. I just don’t like the wording of it. Because this system in the beginning didn’t have enough ERUs to really get it off the ground so now we say, oh, we’re going to add in 44 ERUs for fire protection and now we’re looking pretty good,” Hartshorn said.

Hartshorn said it should be set up so that people can figure out that it is a part of the construction cost.

The select board did not change the MOU; however, board members discussed the importance of explaining to taxpayers, on Town Meeting Day, how the charge for the ERUs reflects the construction cost.