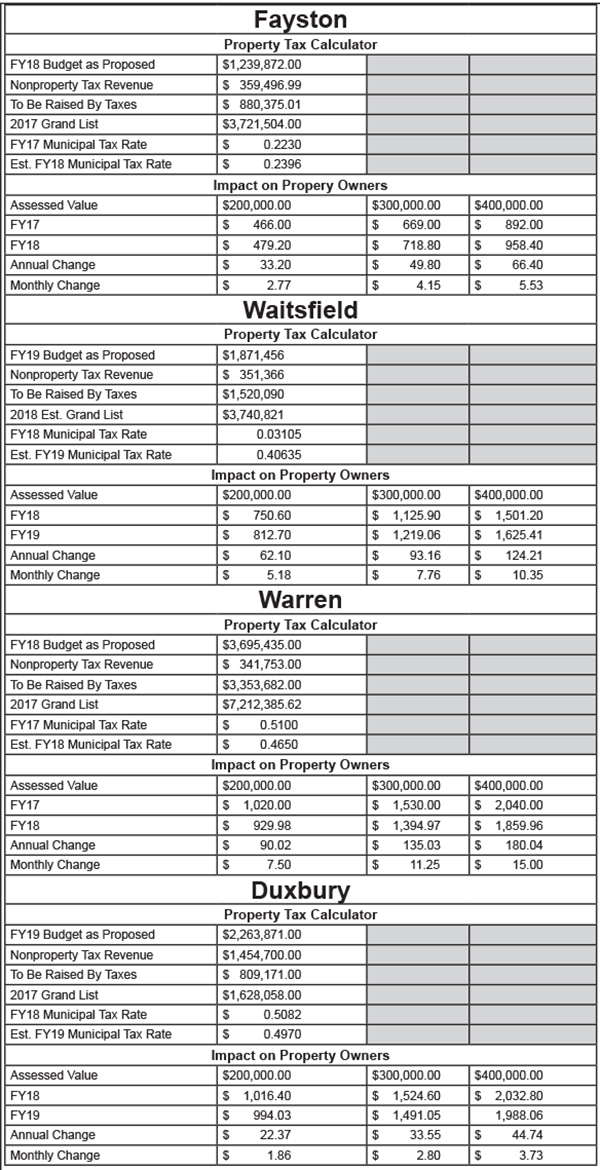 When The Valley Reporter began writing about proposed town budgets, Trevor Lashua, Waitsfield’s town administrator, put together a chart detailing the possible effect that Waitsfield’s budget could have on the municipal tax rate. Lashua took the overall budget, subtracted any nonproperty tax revenues and divided that number into an estimated 2018 Grand List for Waitsfield to come up with an estimated FY2019 municipal tax rate. He then showed the impact that the estimated tax rate would have on a $200,000 house, a $300,000 house and a $400,000 house.