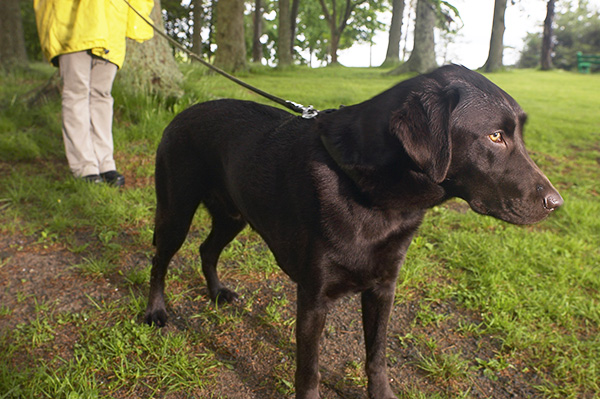 Too many don’t pick up dog waste

From Duxbury to Moretown to Warren, the melting snow is revealing too many piles of dog poop left along the sides of the road and on popular Valley trails.

As local groups contemplate siting a dog park in The Valley, some have been questioning who will police the poop at such a park. The Valley Reporter reached out to stakeholders to get a sense of how responsibly dog waste is or isn’t being handled currently.

And, contrary to popular belief, that waste does not biodegrade harmlessly; rather, it makes its way into ditches, streams and ultimately waterways such as the Mad River. From there, that waste – and its phosphorus – heads to Lake Champlain where a massive phosphorus reduction and cleanup effort is already underway.

GETS IN THE WATER

“When dog poop gets into the water, it’s carrying E. coli and phosphorus. It matters for us here in our watershed and it matters for the aquatic life living in our rivers. But it also matters for where we’re sending our water, which is Lake Champlain,” said Corrie Miller, executive director of Friends of the Mad River and a dog owner.

She said it takes a conscious effort to take care of dog waste, noting that her dog poops twice a day and that “we could all be better dog owners.”

Ned Farquhar, executive director of the Mad River Path Association, agreed that dog waste can and does affect water quality, which is a problem.

“Even where it isn't a water quality problem, it can be very unpleasant for trail users and it's certainly a problem for landowners who allow the public to use their land. It is crucial for people to keep their dogs on leash or under control per local ordinances and for them to take responsibility for the waste their dogs create,” he said.

“This is a growing issue. Many Valley residents are dog lovers. But with the right to have dogs comes the responsibility of managing them with due respect for the environment and for other landowners. The Path Association urges everyone using public trails to pick up after their dogs. We try to make it easy by stocking plastic bags at many trailheads, but we also suggest that people bring their own in case the dispenser has run out of bags,” Farquhar added.

Farquhar sees the dog park, which the Mad River Valley Rotary Club would like to create and maintain, as a public service because it will help dogs get some off-leash time and will also give owners a sure way to pick up their dog's poop.

“Dog parks tend to be a place where owners do observe the pickup rules,” he said.

“For landowners, it can be a very serious issue. The generosity of landowners who let the public use trails on their land shouldn't be disrespected. We don't live in a hinterland where people and dogs can do whatever they want. And, since the dogs don't really know any better, people have to think and act for them,” he added.

Here are some more facts about dog poop:

Dog waste is not great for lawns. It does not compost. The nutrient compost in pet waste will burn and discolor lawns. The EPA classifies pet waste as a pollutant.

Pet waste can spread parasites including hookworms, ringworms, tapeworms and Salmonella. When infected dog poop comes into contact with the lawn, the poop eventually disappears, but the parasite eggs can linger for years. When a human or animal comes into contact with that soil through everyday activities like walking barefoot, gardening or playing, they risk infection from those eggs.

Dog poop often contains roundworm larvae, which cause blindness. If a human ingests a roundworm larva, it can migrate through the body causing disease to the brain, lungs, kidneys, liver, heart or eyes. When people (especially children) touch soil, dog toys or anything that has been in contact with dog feces and then touch their mouths, they can become infected.