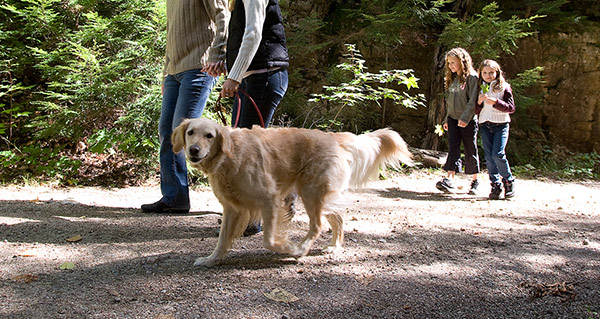 Dog owners often feel obligated to pick up after their pets in dog parks while others are watching.

That’s why waste in a dog park may not be the biggest problem for the Mad River Valley Rotary, which is hoping to create a dog park for The Valley.

Joey Daniell, president-elect of the Mad River Valley Rotary, explained to the Warren Conservation Commission on Tuesday, April 11, that the Rotary would like to start completing more service-oriented projects – including this project. Also present at the meeting were stakeholders from Friends of the Mad River and the Mad River Path Association.

Daniell explained that residents in The Valley had expressed interest in a dog park so members of the Rotary Club thought it would be a good place to start.

“We thought as a club that it would be great if the Rotary led the research phase of a dog park in The Valley. So here we are,” Daniell said.

Currently they are considering three potential spots. Daniell told the committee members that the Rotary had not spoken to any other towns yet.

The three spots are a parcel of land south of Sugarbush’s snowmaking pond on the west side of Route 100; the Tardy parcel, an open piece of land across from Mad River Fiber Arts in Waitsfield; and Riverside Park in Warren.

Daniell explained that the park would be enclosed with a chain link fence, which could prove problematic because permanent structures that block the flow of water are not allowed to be built in the flood plain.

Also, Kinny Perot, founder of Friends of the Mad River, explained that the Environmental Protection Agency marks dog waste as a nonpoint source of water pollution.

“Friends is totally supportive of a dog park and as Laura [Brines] said, developing some criteria of what that would be and having it in the flood plain is probably something that perhaps the state would not allow. It’s certainly not a great idea to have a fence in a flood plain … and there is an issue with dog waste,” Perot said.

(Brines is the chair of the Mad River Path Association and has previously researched siting a dog park in The Valley.)

However, dog waste may not be as big of an issue as it has been made out to be. Daniell and other Rotary members in attendance explained that dog park users are very good at self-policing because owners feel obligated to pick up after their dog with other owners, possibly friends, watching.

Additionally, with the Rotary supplying poop bags and waste bins, there will be no excuse not to pick it up. The waste would be hauled off by a waste management service.

George Schenk, one of the committee members, asked what other parcels of land Rotarians had looked at. He mentioned parcels of land that might be owned by Dick Kingsbury.

Daniell said that the Rotary had not looked into that option and Brines mentioned that it would be an advantage to have the park on town-owned land.

The next steps include researching other parcels and reaching out to other boards and commissions in Waitsfield and Fayston.