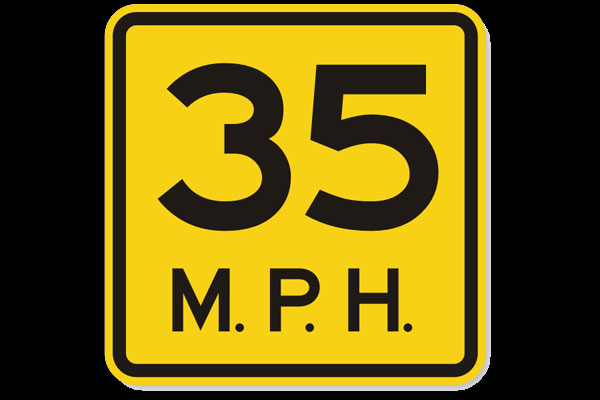 A speed study of how fast people are driving on Joslin Hill Road in Waitsfield confirms what has long been suspected: Most people are speeding and some are going as fast as 70 miles per hour.

The Waitsfield Select Board, at its August 27 meeting, considered the results of the speed study and what actions the town could take to slow drivers given how prevalent speeding is on the road.

Among the options that the board is considering is a portable radar sign showing drivers how fast they are traveling, painting stripes on the lanes that narrow them as drivers tend to slow down when they perceive a narrowing of the road and painting transverse lines on the road (left to right) that are closer and closer together as drivers approach intersections – which also slows down drivers.

The town has, since the August 27 meeting, asked law enforcement officials to focus on that road, particularly between 1 and 4 p.m. when drivers coming down the road (east) are consistently speeding.

Town administrator Trevor Lashua said that the mean speed on the road of drivers coming up the hill was 36 miles an hour. The speed limit is 35 mph.

Nearly 60 percent of the vehicles traveled at a speed greater than 35 mph. The 85th percentile speed was 42 mph, which means that roughly 85 of every 100 vehicles traveling westbound did so at 42 mph.

For eastbound (downhill) traffic the mean speed was 37 mph. Nearly 69 percent of the vehicles traveled at a speed greater than 35 mph. The 85th percentile speed is 43 mph. Vehicles traveling east generally travel at a faster rate of speed than those headed west.

Beyond asking that law enforcement patrol the area, the board is still considering its options. The radar feedback sign costs $5,000 and has the option of being put into the 2020 budget as well as being transportable to other town roads.

Because drivers tend to acclimate to narrowed lanes, that solution is not considered to be as effective.

Painting transverse lines that narrow is considered more effective with something like rumble strips.