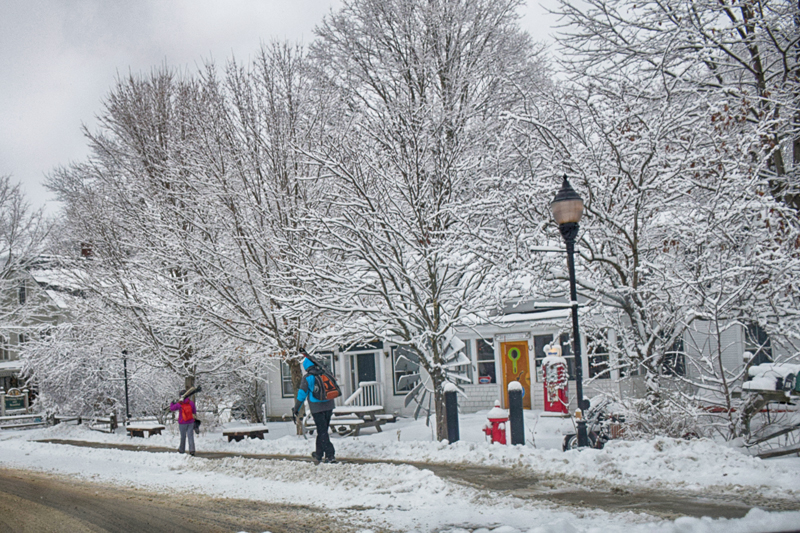 In 1980, over 750 people participated in a Mad River Valley Perspectives Series that took place from January to June and featured 14 forums on topics ranging from how land is used to the economy (including workforce housing), the people, land conservation, recreation, ski area development and more.

From that work, ultimately, came the Mad River Valley Planning District and the memorandum of understanding between the planning district and Sugarbush which set up parameters for assessing the impacts of ski area development. Since that time – in early 1983 – the planning district’s role has evolved, but it remains engaged in taking the long view of the future in The Valley.

For some the MRV-FLO proposal from a subcommittee of the planning district is a natural extension of the forward-thinking work of the 1980s. Others fear a usurpation of individual town authority and others are leery of a 1 percent local option tax of rooms, meals, alcohol and retail sales.

Proponents view the idea as a means of seizing control of The Valley’s economic future and destiny. Opponents disagree. As currently proposed, the MRV-FLO proposal would have all three member towns of the planning district – Warren, Waitsfield and Fayston – vote for a planning district charter that includes the creation of a local option tax. Such a tax would raise about $1 million, $700,000 of which would be retained locally to be used for things such as affordable housing, transportation and other infrastructure needs, recreation and improved marketing of The Valley. The state uses its share of the funds to reimburse towns for the lost property tax revenue they incur from state buildings within their boundaries.

As currently proposed, the MRV-FLO committee would be made up of one person appointed by each select board as well as one community member elected by each town plus one member of the planning district’s steering committee to act as chair and vote in the case of a tie.

While the MRV-FLO proposal is evolving as it goes through the public hearing process, the plan currently calls for the committee to receive applications for funds and disburse the funds to local governments, government agencies, nonprofits and private developers (in the case of housing projects, etc.).

MRV-FLO committee members are actively seeking public feedback on the proposal. The next opportunity to provide that is January 16 from 7 to 9 p.m. at the Warren Town Hall. On January 31, there will be another outreach meeting at the Fayston Town Hall from 7 to 9 p.m.

The Mad River Valley Planning District website includes a page on further specifics about the proposal. That can be found here: MRVPD.org/FLO.