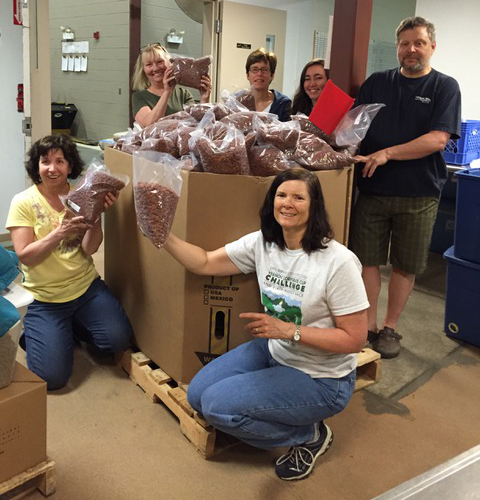 When most people think of the government shutdown, they think of TSA employees at local airports and other federal employees in Vermont as well as those in Washington who keep the government running every day.

And even though the shutdown is over, those federal employees and others in Vermont are feeling the ripple effect of 35 days without pay as well as disruptions in federal benefits programs. People are under financial stress and are finding it difficult to feed their pets. People who receive 3 Squares Vermont benefits received their February benefits on January 21, and after the shutdown ended there will be a two- to three-week lag time to get benefits into recipients’ hands.

“We know from history that at a certain point, families may be forced to abandon their pets when they need their companionship and support the most,” said Jen Bennett, founder of PAWSitive Pantry.

Last week, the Vermont Foodbank reached out to Warren-based nonprofit PAWSitive Pantry to see if they could double their order for dog and cat food for the next two months, from 8,000 pounds to over 16,000 pounds. The increase in the monthly supply will help ensure that pets don’t go hungry or, worse, end up at an animal shelter during this time of uncertainty. The Vermont Foodbank works in partnership with PAWSitive Pantry to supply dog and cat food to food shelves around the state.

To make a tax-deductible donation to help with the increasing demand visit www.pawsitivepantry.org/donate/ or send a check to P.O. Box 603, Waitsfield, VT 05673.