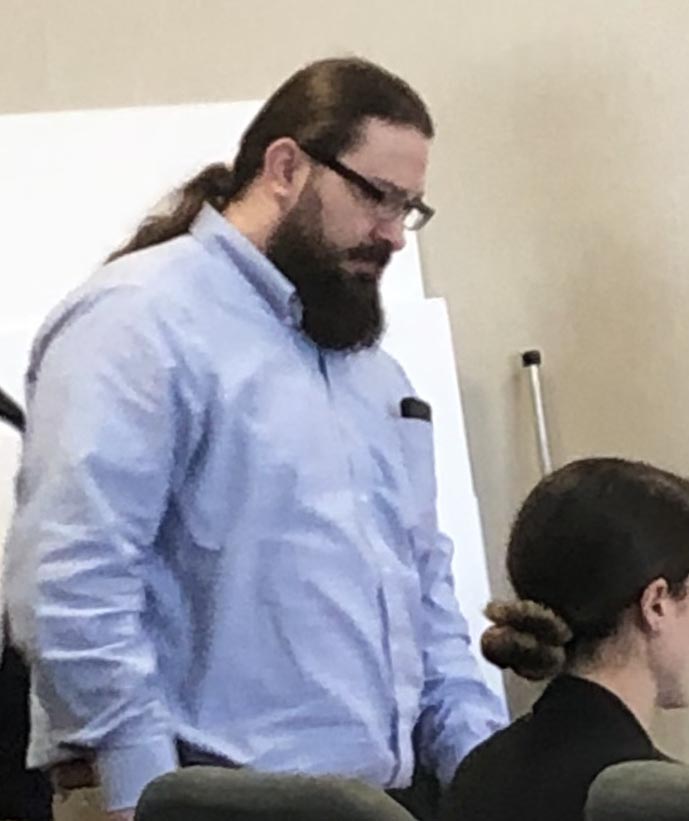 The trial of the man charged with five counts of second-degree murder for a wrong-way crash on I-89 that killed five local teens is in its third day at the Edward J. Costello Courthouse in Burlington as The Valley Reporter goes to press on May 8.

The defense has stipulated that Steven Bourgoin, 38, Williston, drove the wrong way on I-89 on October 8, 2016, crashing into a Jetta driven by Cyrus Zschau, 16, Moretown, killing him and his passengers: Mary Harris, 16, Moretown; Eli Brookens, 16, Waterbury; Janie Cozzi, 15, Fayston; and Liam Hale, 16, Fayston. Four were Harwood Union students and Cozzi had recently transferred to Kimball Union Academy in New Hampshire. Bourgoin’s defense is insanity – that he was delusional and psychotic at the time of the accident.

In her opening statement, Hardin told the jurors to listen carefully to the evidence, citing Bourgoin’s behavior before and after the crash, including exiting his truck after the first crash and getting behind the wheel of the cruiser of Eric Shepard, the Williston police officer who was the first law enforcement officer on the scene, driving it south on I-89 and then turning around and driving back to the accident scene where he crashed the cruiser into his own truck in excess of 100 mph, damaging other cars and injuring others present on I-89 that night.

Noting that the scene was like a war zone, she recounted how Bourgoin attempted to flee after the second crash. She explained that despite his insanity defense, Bourgoin had been found sane after his initial psychological examination five weeks after the crash.

Katims acknowledged Bourgoin’s role in the crash and told the jury that the trial is not about what Bourgoin did but rather about what was going on in his head. He discussed events leading up to the crash and his client’s frustration with work and his relationship with his former partner and his access to his daughter. Katims said that over the course of the days leading up to the accident Bourgoin became convinced that he was getting messages from the government via radio, lights and other signs. Those messages, Katims said, convinced him he was on a mission.

Hardin and George presented the state’s case through Wednesday, setting the scene for the night of October 8 when the teens were on their way home from a concert in Burlington when they encountered Bourgoin just before French Hill on I-89 south. Using the chronology of the 911 calls from other drivers,  the first was from a driver who saw Bourgoin merge onto I-89 at the Richmond exit, slow down and turn around to head north in the southbound lane. The calls and the testimony continued as Bourgoin drove north, the wrong way, and included good Samaritans who stopped to try to help. Keith Porter, Montpelier, testified that he spoke to Bourgoin after the initial crash and that he told him he must have lost control. Porter remained on scene helping and was injured when Bourgoin crashed into the scene a second time in Shepard’s cruiser. Critical care nurse Joseph Leuchter-Mindel and nurse practitioner Susan Jaynes gave emotional testimony about performing CPR on Harris, who had been ejected from the Jetta, until an EKG machine indicated that there was no need to shock and no need to continue CPR.

Videos from various law enforcement vehicles on the night of October 8, plus testimony from multiple other witnesses, painted a vivid picture of the night that Hardin and others had likened to a war zone during Tuesday’s testimony. Flashing lights, three vehicles on fire, people’s screams and ammunition going off in Shepard’s cruiser after the second crash defined the scene, where despite danger to themselves and their family members, many tried to render assistance.

On Wednesday, day three of the trial, Dr. Elizabeth Bundock, deputy chief medical examiner, testified to the cause of death of each of the victims as well as the manner of death. In response to questions, she identified each victim and their age, explaining that all of the victims died due to blunt force trauma, including damage to their heads, torsos, organs and major vessels. She described the cause of each death as homicide. Bundock said that because Harris was ejected from the car, the fire had did not play a role in her death. She said that she felt the blunt force traumas to each occupant in the car caused their deaths versus the fire but said she could not exclude the fire with certainty.