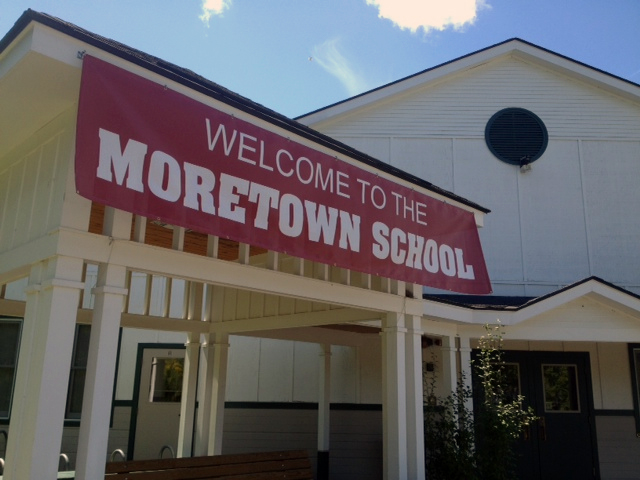 At the May 20 Moretown Select Board meeting, the board discussed the Harwood Unified Union School District (HUUSD) policy of not adding staff to accommodate intradistrict school choice (IDC) requests.

Community member Catrina Brackett came before the board to voice her concern about three families’ requests for their students to attend Moretown Elementary. Brackett was upset that the students had been denied and worried about how big the class sizes are and the quality of education that Moretown students receive with that many kids in one room with one teacher. Currently, the Moretown kindergarten class is projected to be 21. Had those three IDC denials been granted, Moretown would have 24 kindergarten students, enough for two classes.

Brackett contacted the Vermont Department of Education who informed her that individual schools set the classroom limits, which HUUSD set as 20. From a March 21, 2019, projected classroom size by grade, Warren is projected to have 22 students in its first grade.

In reply to Brackett’s concern, Superintendent Brigid Nease sent out a districtwide email to parents about the administration’s decision not to hire additional staff to accommodate IDC requests. Nease also mentioned the admin team is not in favor of moving a teacher over from Thatcher Brook Primary School to Moretown, which Brackett had suggested in an email.

“During budget season, we were guesstimating 27 kindergarten students in Moretown, so we ‘planned’ for the possibility of two rooms, thinking we had a bubble, and budgeted a placeholder amount. Three of those students were choice requests from Warren and Waitsfield,” Nease wrote.

Nease wrote that the numbers did not hold, and the team denied three IDC requests because that would have made 24 students in Moretown.

"As of today there are 21 Moretown students enrolled and one of the things she didn't address in her email that myself and a couple other people have brought up to her is that districtwide we are not asking them to hire a new kindergarten teacher, because the district already has enough kindergarten teachers – the state standard is 20 and it is also HUUSD's policy. It's on their website, so why we didn't when we hit 21, we didn't automatically go to two classes is frustrating,” Bracket said at the select board meeting.

Shelia Getzinger, another Moretown resident, echoed Brackett and added her thoughts toward Nease showing favoritism to other schools in the district, especially those with higher weighted voting totals. Getzinger also replied to Nease’s email explaining why the administration would not transfer a teacher to Moretown.

“... She (Nease) felt hurt too. I actually responded that I really didn't give a sh*t about that. I mean she should feel grateful that someone cares enough about what's going on with the board to say anything,” Getzinger told the board.

Nease wrote, “If Moretown has 21 resident kindergarten students plus if we were to add three that we denied through Intra District Choice, they would have 24, or two classrooms of 12 each in kindergarten, with a serious space/program problem. It wouldn't make sense to move a Thatcher K teacher over, so they would have classes of 12 and jeopardize MECA and/or the art program, leaving all TBPS kindergartens with 19 to 20 (we currently are counting 77 TBPS K students), little room for move-ins over the summer in our largest school, and a greater likelihood of hiring more paraeducators in those four classrooms.”

The current school board policy is not to add staff and cost to the budget in order to accommodate intradistrict choice. Nease added that the administrative team denied requests in other towns since they established the choice options for families; the IDC requests to move to Moretown Elementary School was a decision that followed the policy.

As Fayston Elementary School numbers have dwindled causing the HUUSD Board to close the building’s third-grade class, three intradistrict choice families have been turned away from Moretown Elementary due to a lack of teachers.

The HUUSD Board opted to close the Fayston Elementary School third-grade class offering due to a lack in student numbers. The class would have only had one to three students. Since then, families in the district have requested to move to schools within the district as part of the intradistrict choice offering. This allows students to move from one elementary or middle school to another as there are more than one in the HUUSD.