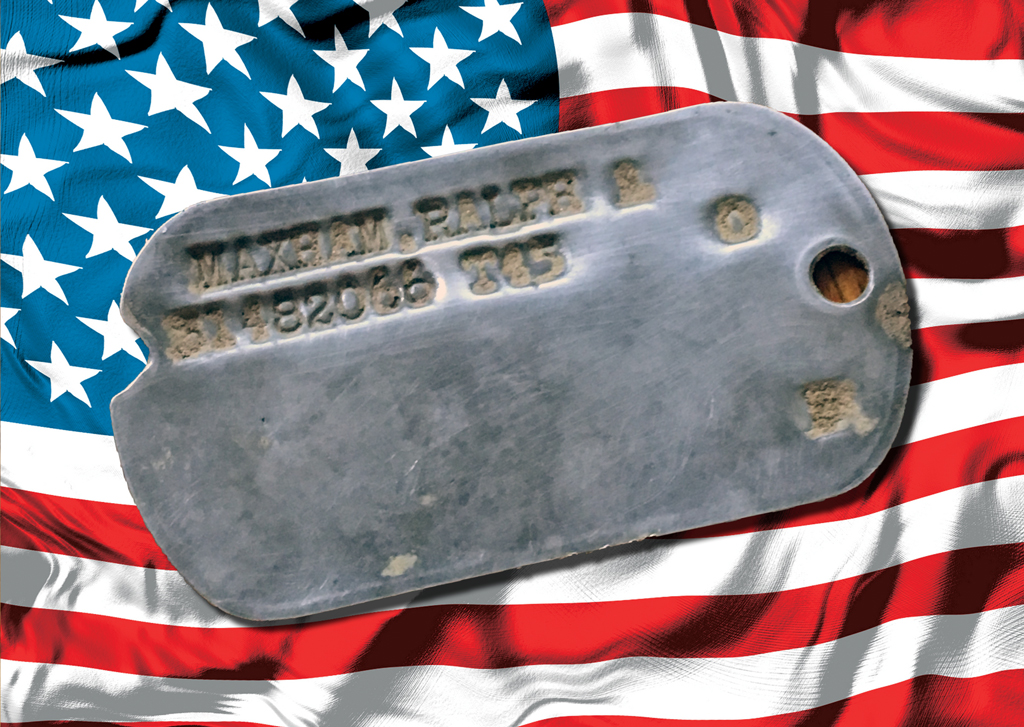 Masson, Waitsfield, said the dog tag was the first thing he found when he tried the new detector. It was buried 5 inches deep.

He took it home to research it and found a website that decoded the year it was issued.

After that, he did a Google search for Maxham and found that he’d had a son, Ralph Maxham Jr., who was killed in Vietnam. He moved to Facebook, posting the dog tag and asking people to share his post to help him find the family who had been from Roxbury.

“I got a bunch of private messages from people saying they knew the family and it took a couple of days before it filtered down to the family. I spoke to Rosalee, the wife of Ralph Jr., yesterday and she put me in touch with her husband’s brother, Morris. I’ll give the dog tag to him,” Masson said.

Masson said he’s a history nerd who enjoys looking for artifacts and old objects with his metal detector. He said he’s found colonial coins, but doesn’t often find things as interesting as the dog tag.