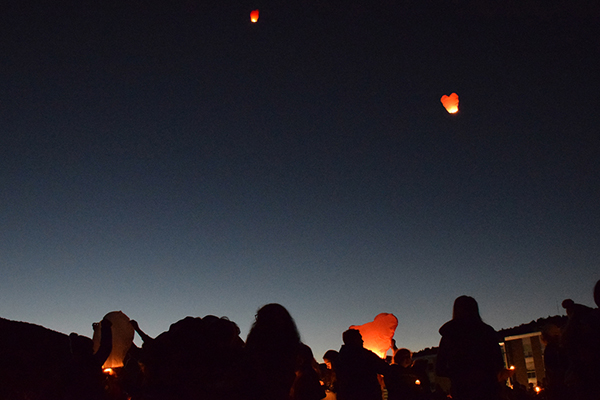 The Mad River Valley families of five teenagers killed by an impaired wrong-way speeding driver on Interstate 89 in Williston two and one-half years ago are hoping the focus can return to the victims following the criminal conviction of the reckless motorist.

The teens were coming home from a concert at Higher Ground in South Burlington.

As The Valley Reporter went to press last Wednesday, May 22, a Vermont Superior Court jury convicted Steven D. Bourgoin, 38, of Williston on five counts of second-degree murder and two misdemeanors.

The jury of eight women and four men rejected claims by the defense that Bourgoin was criminally insane when he drove his northbound 2012 Toyota Tacoma into a southbound 2004 Volkswagen Jetta driven by Zschau.

Several family members spoke after the verdict about trying to move forward and attempting to ensure that the memories of five delightful and energetic teens will be remembered.

“I am relieved that this phase of the process is complete. On behalf of Liam Hale’s family, we would like to thank you all for your kindness and support,” his mother, Susan Hale, said holding a picture of her son.

“At this time we would ask you to refocus the energy toward the incredible young people whose lives were needlessly and tragically taken from us, and them. Thank you all,” Hale said.

Sarah and Chris Zschau stood side by side also speaking to more than a dozen journalists outside the third-floor courtroom.

“We really want to thank our community and all the people in this whole Vermont community that have supported us through this,” she said.

“We’d like it to be about the kids now and no more about Steven Bourgoin. They were beautiful kids,” Sarah Zschau said.

The verdict brought some relief, both Zschaus said.

“At least he isn’t going to hurt anybody else’s kids now. That makes a difference,” Sarah Zschau said.

“It helps, for sure,” said Chris Zschau, holding an 8-by-10 color photograph of his son in a Harwood Union pinstripe baseball uniform.

“Now we are going to go watch our other boy, Charlie, play ball,” he said.

Elizabeth and Daniel Harris opted to remember their daughter by reading an essay she wrote titled “Kindness.”

“That was Mary. That’s how she lived. And that’s how we want her to be remembered,” Elizabeth Harris said as she finished the reflection.

“And Jamie was the same,” she added.

“I am relieved to hear the verdict. And I am relieved to put this part of the tragedy behind us, so I can move beyond focusing on my son Eli’s death and go on to focus on his life and the beautiful person that he was.”

Zschau was an honor student at Harwood Union, where he also played both varsity soccer and baseball. He worked at the Inn at Round Barn Farm and Canteen Creemee Company. During the winter, he loved to ski and hang out in the Mount Ellen base lodge with his closest friends.

Hale participated on the track and field team for multiple events at Harwood Union. During his middle school years, he also played soccer and lacrosse. He also began skiing at an early age and loved mountain biking and more recently golf. He worked at Sugarbush Resort.

Harris was an honor student in her junior year at Harwood Union, where she was involved in numerous activities including soccer, basketball and lacrosse. She also loved skiing at Sugarbush and Mad River Glen. She worked at the Bridges Resort and at Vermont North Ski Shop.

Brookens was a junior at Harwood Union, where he devoted himself to soccer, skiing and music. He enjoyed Capital Soccer Club and Vermont Adaptive Ski & Sports.

Cozzi was a sophomore at Kimball Union Academy in Meriden, NH, where she made the varsity soccer team as a freshman. She was involved with Mad River Valley Soccer, Vermont Elite Futbol Club and Capital Soccer Club. She was a counselor for the KUA Girls Leadership Camp.

The jury also convicted Bourgoin on two post-crash misdemeanor charges: aggravated operation of a Williston police cruiser without permission by taking it from the accident site and later reckless driving of the police vehicle by returning to the scene and slamming it into his truck.

The jury heard 11 days of testimony.  The jurors deliberated 12 hours over two days before returning the verdicts.

Defense lawyers Robert Katims and Sara Pulls were given 30 days to file any post-trial motions.

State’s Attorney Sarah George and her deputy Susan Hardin, an 18-year veteran of the office, will have 14 days to respond.

Bourgoin faces 20 years to life on each murder charge.  George declined to say what the state would seek.

Griffin also discussed diminished capacity in the jury instructions about the law, but it was apparently rejected.