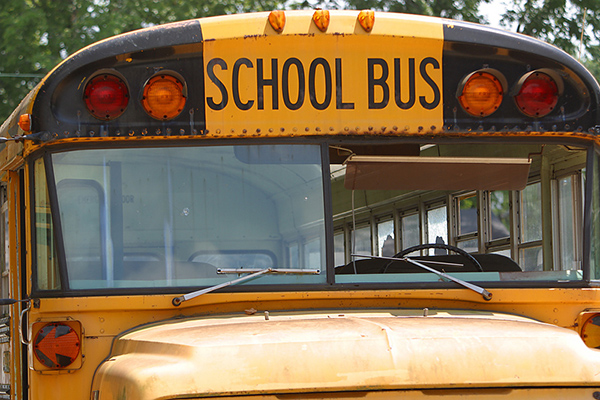 How long should students spend on buses? Bus rides in the Harwood Unified Union School District (HUUSD) range from 15 minutes to one hour 15 minutes daily.

In a report to the HUUSD Board, Superintendent Brigid Nease answered board members’ questions about the amount of time students spend on buses daily.

Nease addressed questions regarding the busing contract that the school currently has, state regulations for travel time, which students had the longest travel time and, if all seventh- and eighth-grade students were in one school, how long would Valley students’ bus rides be?

Along with the report, Nease and her team costed out the contracting to hire additional busing for new routes. In a scenario that would have all seventh- and eighth-grade students at Crossett Brook Middle School, Duxbury, the ride time for the furthest Warren student to CBMS would be one hour 15 minutes, which is the exact same time for the existing route from CBMS to home for Waterbury Center students. There are no state regulations regarding how much time students can or should spend on a bus, but the district’s local transportation contract says that no student shall be on the bus for longer than two hours each day.

From Nease’s report, “Warren and Fayston students could ride to Waitsfield and then transfer to a bus at Waitsfield. Waitsfield could be a hub for these buses bringing in elementary students; middle schoolers would then get to CBMS at 7:55 a.m. If a new bus is needed for this route the approximate cost is $27,316, of which 40 to 43 percent would be reimbursed by the AOE (Agency of Education) as transportation reimbursement revenue.”

The report also listed an option for students to take an express bus from the students’ closest elementary school, so having four express buses leaving in time to get to CBMS by 7:35 a.m. would cost $109,264, with the same reimbursement offering of 40 to 43 percent. CBMS currently has a different starting time than other schools in the district. In this scenario CBMS could change its start time to 8 a.m.

Notes in the report included the administration team’s recommendation to try to avoid adding more buses if possible, as the state of Vermont is suffering driver shortages as it is.

The district is in the process of implementing a new busing app for student families and caregivers, allowing them to track the students’ buses as well as arrival and departure times. Nease added that the district is working on new software to track busing routes that would allow buses to make better regulated trips instead of backtracking and making multiple trips with multiple buses.

A big factor to consider with busing is after-school activities, such as rehearsals and athletics. Nease noted that if starting and ending bell time changes, consequently, it would impact the afternoon bus routes.

“Many buses currently start at CBMS and then go to Thatcher Brook Primary School, (TBPS), but if bell time changed in the afternoon, maybe buses could start at TBPS and then go to CBMS. But then you have to think about after-school activities such as athletics,” she wrote in the report.

Another concern that school board members had related to students who live close to the school they attend, but their bus rides might be 40 or more minutes.

Nease noted that it is important for parents to let First Student, the busing company, know if this occurs. “Bus routes tend to live on for years with only small tweaks made each fall. We need to study this much further,” wrote Nease. Additionally, Nease wrote that prior to the district merger, students primarily rode on buses in their town. Since the merger, students can share buses and buses can stop at multiple schools. Nease wrote that the current routes need to be looked into and redesigned to make traveling more efficient.

This discussion will continue. As The Valley Reporter goes to press, the HUUSD Board will meet on Wednesday, June 5, from 6 to 9 p.m. at Harwood.