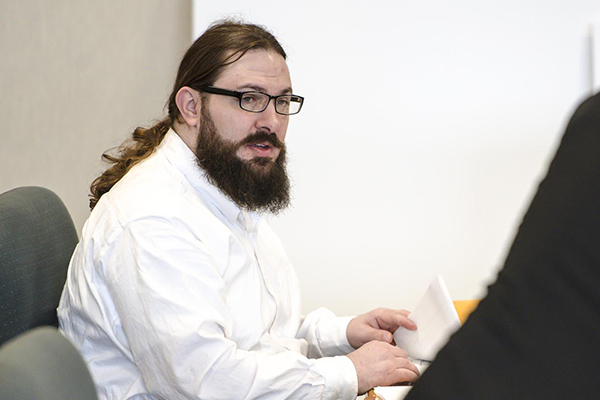 Steven Bourgoin, 38, was sentenced to 30 years to life in prison after being convicted of five counts of second-degree murder for a wrong-way car crash on I-89 in October 2016 that killed five local teenagers. He was sentenced on August 26, 2019.

In May, a jury found Bourgoin guilty on all five counts for the crash that claimed the lives of Mary Harris, Moretown; Liam Hale, Fayston; Cyrus Zschau, Moretown; Eli Brookens, Waterbury; and Janie Cozzi, Fayston. Most of the teens were 16. Cozzi was 15 at the time of the crash. They were on their way home from a concert in South Burlington on the night of the October 8 crash.

In addition to the wrong-way crash that caused the deaths of the teens, Bourgoin was convicted of other charges related to his behavior after the initial crash when he stole a police cruiser and accelerated away from the crash scene on French Hill and then turned around and drove the wrong way again, back through where people pulled over due to the first crash, causing vehicle damage and injuries to others who were trying to help.

Prior to the state and defense offering their proposed sentences for Bourgoin, Judge Kevin Griffin, after deliberation, allowed the families and friends of the teenagers to address Bourgoin directly.

In emotional testimony, parents spoke of being robbed of their children’s futures, of having their high school and college graduations taken from them and of their frustration with Bourgoin’s unwillingness to accept his responsibility for their deaths.

Prior to and throughout the trial, Bourgoin’s defense attorney, Robert Katims, advanced a case that Bourgoin was criminally insane at the time of the crash.

Siblings spoke to Bourgoin and videos featuring photos of the crash victims were shown along with a portion of a video that one student made of himself.

Dan Harris, the father of Mary Harris, looked Bourgoin in the face and told him that he forgave him, something he had to do every single day.  Dan Harris, and other parents, asked Bourgoin to take responsibility for his actions.

In issuing his sentence Judge Griffin prefaced his remarks praising the families for their poise and respect for the court. He said that their eloquence in speaking to Bourgoin earlier in the day was remarkable and noted that the continued impact, trauma and ripple effects will continue to reverberate for years and forever for some.

The judge issued two separate sentences for Bourgoin, the first for the wrong-way crash that killed the local teenagers and a second for stealing the police cruiser and driving it away, only to come back the wrong way again driving even faster than before.

“It was the actions taken after the first crash. Mr. Bourgoin interacted with people and the scene and immediately stole the cruiser and maneuvered through a horrific collision scene and headed out on I-89 only to turn around and come back reaching speeds in excess of 100 mph for the second collision. In my mind, there are two separate sets of events that need to be sentenced,” Judge Griffin said.

“The detail that unfolded during the trial that explained the mechanics of the crash were just horrific. So many people could have been killed,” he said.