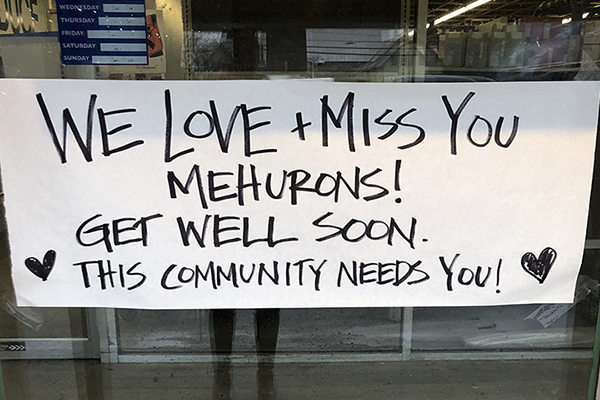 Mehuron’s will reopen the Vermont state liquor store in its Waitsfield supermarket on Friday, January 31. The store will be closed on Sundays and open six days a week from noon through 6 p.m., according to Bruce Hyde Jr.

Access will be around the south side of the store, through a rear entrance. The grocery store remains closed with a salvage company removing all inventory this week.

“Once it’s empty, cleaning and assessing will take place. A lot of insurance details are getting worked out. We’re still expecting an early March reopening,” Hyde said.

Mehuron’s Supermarket was damaged, along with Kinney Drugs, Infinite Sports and Shades of Winter Yarn Shop in a January 5 fire that started in Infinite Sports.

Volunteer firefighters were able to extinguish the fire quickly, but ash and smoke damage affected other businesses in that block of Village Square Shopping Center.

Seth Thomas, owner of Infinite Sports, said he had a huge meeting this week with 14 people and has another meeting in three weeks.

“Reopening for Columbus Day would now be optimistic,” he said.

Chris Newis at Shades of Winter Yarn Shop said she was waiting for the salvage company to come and then her unit needs to be cleaned.

Kinney Drugs corporate headquarters in Syracuse, NY, could not be reached for comment. Employees who had worked in the Waitsfield pharmacy and are now working in the Waterbury Kinney Drugs said they understand that the pharmacy would need to be gutted.