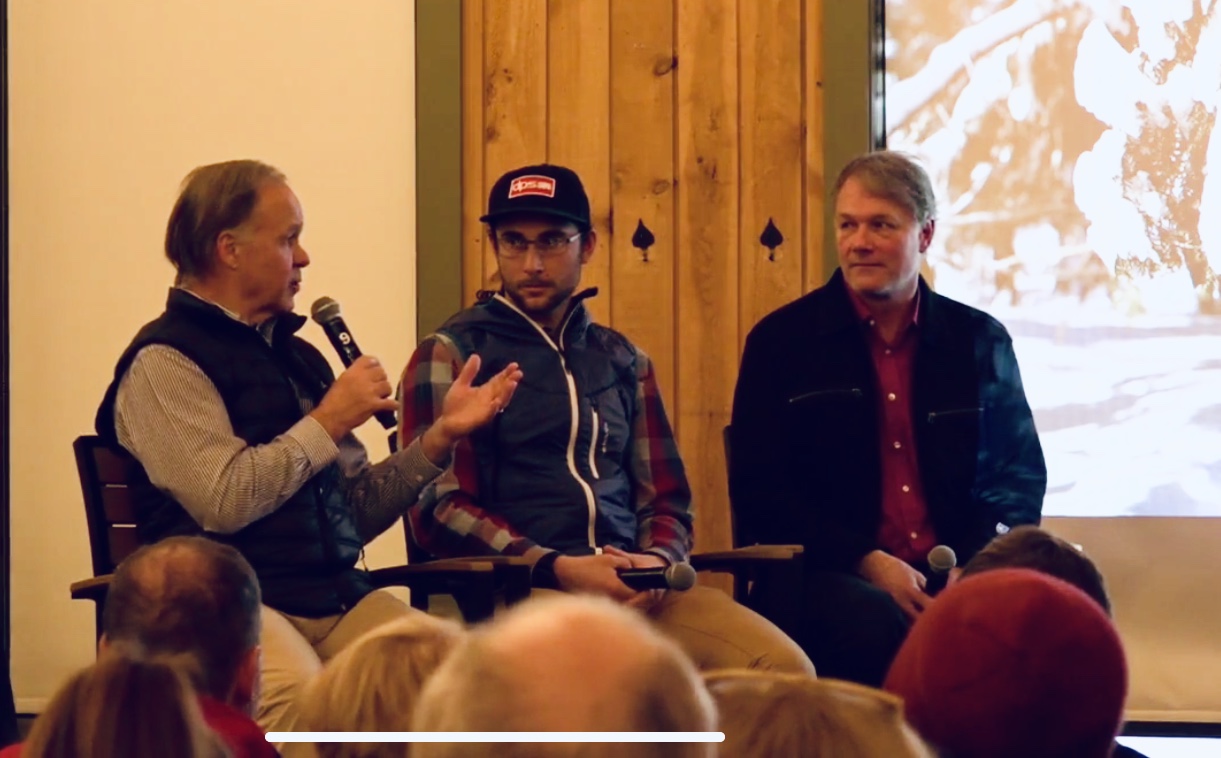 “We that love to ski and ride and live in the outdoors; we truly are the canaries in the coal mine of climate change,” said David Perry, director of suitability at Alterra during the Future of Snow forum at Sugarbush on Saturday night, February 22. A panel, moderated by Sugarbush president Win Smith and hosted by a group called Protect Our Winters (POW), gave winter sports lovers a chance to listen and respond to various sustainability experts as they discussed how climate change is altering the snow sports industry.

“We are the canaries in the mountains,” said Perry. “When we see the statistics, we know they’re true because we see the change. We feel the change.”

Professor Cameron Wake, a climate scientist from the University of New Hampshire Sustainability Institute, explained the unique effects that climate change has on northern seasonal states like Vermont. “Winters are warming the fastest,” said Wake, displaying a map of the U.S. on the screen that showed how fast different states are warming on a color scale of yellow to red. On this map, Vermont appeared blood red. According to Wake, the winters of America’s northern New England states “have been warming at two to three times the average rate of global warming.” 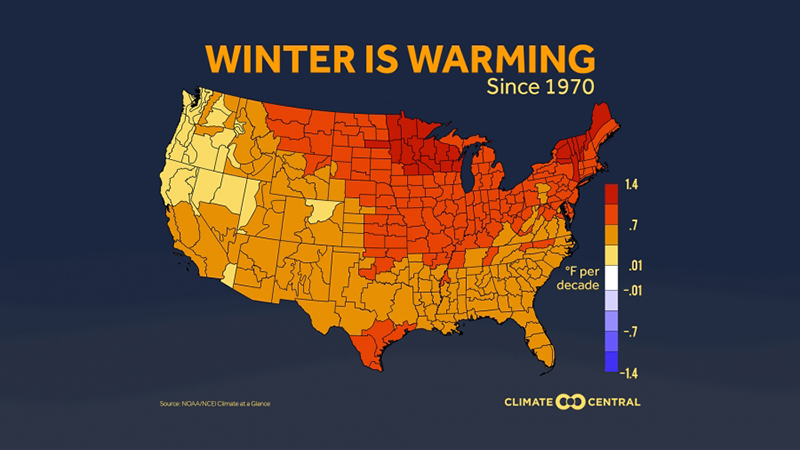 Win Smith attested to these extreme weather events and candidly explained how they have affected the ski resort business. First, he explained the consequences of repeated winter thaws. “For Sugarbush, that means extra snowmaking. That costs money,” said Smith. Second, windstorms are imposing extra costs. “This year we had to spend $400,000 on something that nobody here will appreciate because you can’t see it. … We needed to bury the power lines that went from the base area to mid mountain, because we can’t risk the wind bringing a tree down and putting us out of business,” said Smith. Finally, extreme floods have washed out Sugarbush’s snowmaking ponds. “We had to drain the pond, take out tons of silt, at a cost of about a million dollars,” said Smith. “Climate change is producing an enormous cost and risk to the business.”

Just as the audience was beginning to stomach the gut-punching realities of how climate change had already threatened winter, panelists flipped the script and described various climate crisis solutions in a wave of optimism.

“Nature has solutions,” said Heather Furman, state director of the Nature Conservancy of Vermont. “If we begin to restore our forests, nature can provide more than one-third of the carbon reduction required to keep global warming below 2 degrees Celsius,” said Furman. Additionally, she advocated for getting development out of flood plains and supporting denser development to keep forests and natural habitats connected. “We can turn the needle on climate change,” she said.

Perry spoke to industry-specific solutions to climate change. When Perry was the sustainability director at Aspen Skiing Company in Colorado, he found an innovative way to reduce methane emissions from surrounding coal mines, while reducing the ski resort’s carbon footprint.

“We approached the mines and said, can we take your methane and run it through generators to create electricity? And, of course, the byproduct of that is CO2, which is a much less potent greenhouse gas.” By tapping the waste methane of mines 30 miles away, Aspen Skiing Company was able to reduce its carbon footprint by two-thirds and cover 100 percent of the company’s electricity use. “We did that seven years ago. It cost $5.6 million, and it even had a financial return. We’ve had an 11 percent internal rate of return on that investment,” said Perry. “If you put your nose to the grindstone, get innovative and think outside the box, there are solutions.”

Finally, panelist Aaron Rice, ski-touring record holder and member of the POW athlete alliance, urged people to turn to the ballot box. “Look to the people with the power, your elected officials. Call your representative and tell them to support climate bills. Cast your vote for the climate.”