The Valley Reporter reached out to the three candidates seeking a seat on the Waitsfield Select Board for a telephone interview. The candidates, Rob Schonder, Brian Shupe and Sal Spinosa, did not have the questions in advance and were allowed up to one minute per answer. Here is the second half of the interviews. These interviews feature candidates for the contested seat. Jon Jamieson, currently on the select board, is seeking reelection in an uncontested race.

Do you support a charter change in Waitsfield to enable voters to later adopt a local option tax (LOT)? 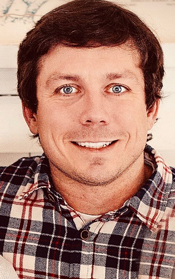 Schonder: I think it’s up to the voters which, but I think a vote for the charter change is essentially a vote for the local option tax and I don’t think currently the voters or the select board have enough details on how that tax will be spent in order to make a completely educated decision. 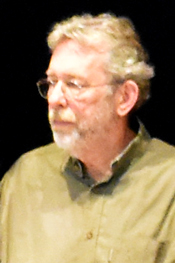 Shupe: Yes, I do support the charter change; however, I don’t support the LOT in present format or at least the most recent one I’ve seen because of concerns about governance and equity. But I think a charter change to enable us to make that decision at a later date is appropriate and it will be a way to take the temperature of the voters to gauge the level of support for an LOT. 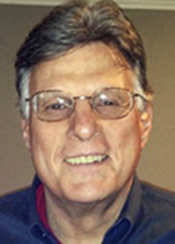 Spinosa: It’s kind of a tricky question for me. On the one hand, if voters decide “do I support it,” a charter change that opens the door to a second vote that has all the other options for how this LOT should be employed. If that’s back on the table in an honest way, I’d be ready for that discussion. My concern is that the promotors of the current LOT haven’t put in nearly two years’ worth of work just to adopt somebody else’s idea about what shape this should take, so in that sense I have some concerns. I think one of the philosophies that I’ve adopted is that just having the charter change is a tool in the toolbox.

Is an increased focus by the Waitsfield Select Board necessary to solve our affordable/workforce housing crisis and how could a local option tax be part of the solution?

Schonder: I think that the Waitsfield Select Board definitely needs to be involved in solving our workforce housing issues. I’m not sure how the LOT would be beneficial in solving those issues.

Shupe: A greater focus by the select board reaching out to other partners who are in the affordable housing business would be appropriate. As I said, I have concerns about the current structure of the LOT whether it is equitable and the transparency or lack of transparency in how it’s being put together, but, yes, an LOT could be used to leverage other monies, such as Vermont Housing and Conservation Fund money and other sources for affordable housing development.

Spinosa: I think an increased focus could be helpful. And I tend to think this review of our zoning regulations is probably key to that. Will it resolve it? We’ve had other changes to our zoning regulations and I don’t know what the impact has been. Could an LOT be part of that? Well, it all depends on how it gets used. I would think that at its core there’s always a funding issue when it comes to affordable housing. People own land and they don’t typically own land to sell it for a loss. This is … you’re talking about affordable housing in an unaffordable, in some respects, valley. So, sure, the LOT could, the funds that it generated could have a value. It just needs to be incorporated into that prospect in a way that is fair.

What are your thoughts on tri-town versus Waitsfield-only town LOT?

Schonder: I think tri-town initiatives are a great way to go as far as efficiency in The Valley. It’s difficult in a lot of ways to operate individually as far as towns. The difficulty obviously is on how those funds are allocated between towns with the different amount of revenue being generated.

Shupe: I believe that The Valley is a single community with multiple municipalities in it. We have a single economy. When people fill Waitsfield’s restaurants, they’re often filling Warren’s beds. They come to Waitsfield because they’re coming here to ski in Warren and Fayston. When the Mad Marathon happens in Waitsfield, it’s filling beds in Fayston and Warren. I do believe a local option tax, if it’s based on rooms and meals tax or a sales tax, would be appropriate to be a three-town initiative.

Spinosa: Well the current tri-town, which has the town taxing and giving over the money to a planning commission subset, I’m not in favor of that at all. I think that there, a tri-town approach can be useful, and there’s one that’s on the table and one I’ve constructed myself that no one’s ever invited me to offer to them because promoters of the current tri-town really … they’re really dedicated to how they see it. But I think it could be and needs to start, or at least have a different format. You need to start with a project. The towns need to discuss it, needs to go out to the voters to see if they want to be a part of it. You need to have some sort of a priority that hopefully is tied to a town vote and then you need to know, based on the project, you need to know how long this is going to be in place. That can be monetized.