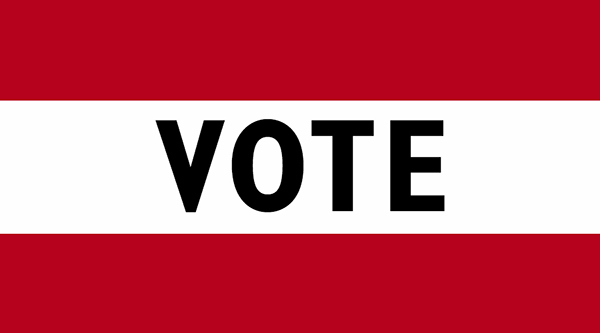 On Thursday, March 12, the Harwood Unified Union School District (HUUSD) Board voted to confirm their operating protocols, a list of etiquette practices that help guide the board’s actions toward each other and to the public.

When discussing Protocol H, which states that “board members will voice their opinions respectfully and treat those engaged with the board – other members, administrators, school staff, members of the public – with respect,” board member Rosemarie White, Warren, spoke to apologize about an error she made in this respect.

“I wanted to apologize for taking down signage at Waitsfield Elementary School,” she started, referring to a time on Town Meeting Day when she pulled several signs out of the ground, signs advertising a write-in for school board candidate Russ Bennett, Waitsfield. He was running a write-in campaign against incumbent Christine Sullivan. Sullivan won.

“While I knew that Kaiya did not allow political signs on school property, I really should have contacted her for her to deal with it herself,” White continued, referring to Waitsfield Elementary School Principal Kaiya Korb.

“It was not appropriate as a school board member for me to have taken down the signage,” White added.

That was the opinion of Will Senning, director of elections for the Vermont secretary of state. Senning said that when polls are open only the supervisor of the polls – in this case Waitsfield town clerk Jennifer Peterson – could dictate policies for sign removal. Waitsfield Elementary School does have a policy of disallowing political signs on school grounds, but when polls are open, Peterson is the authority on signs. Senning said that because White was not acting at the request of Peterson or Korb, her actions were inappropriate.

White said that talking to an old acquaintance made her realize the gravity of her mistake. “I want to point out, though, that I was able to think more clearly on my actions after having a conversation with someone from Fayston, Bobby Welter, whom I have known for many, many years. While he and I have not always seen eye to eye, we have always had mutual respect. And he helped me peel away the emotion of the day and see my lapse in judgment. I tell you this because we were able to have a civil and respectful conversation that helped me tremendously. I can only hope that this is seen as an example of civil discourse and to show that we can agree without being disagreeable. Bobby helped me with that. Again, my apologies and my thanks to my friend in Fayston who helped point out the error of my ways,” White told the board and public in attendance at the meeting.

Despite White’s apology, community members wanted more than just a promise of better behavior. Later, during public comment, Jonathan Young, Warren, approached the board asking for White’s resignation. “I appreciate your attempts at an apology,” he said, facing White, “but I represent a group of Warren residents who are appalled, embarrassed and shocked by your behavior. We are asking for your resignation so we can avoid going through the embarrassing process of having you recalled, which shall result in your removal from the board.”