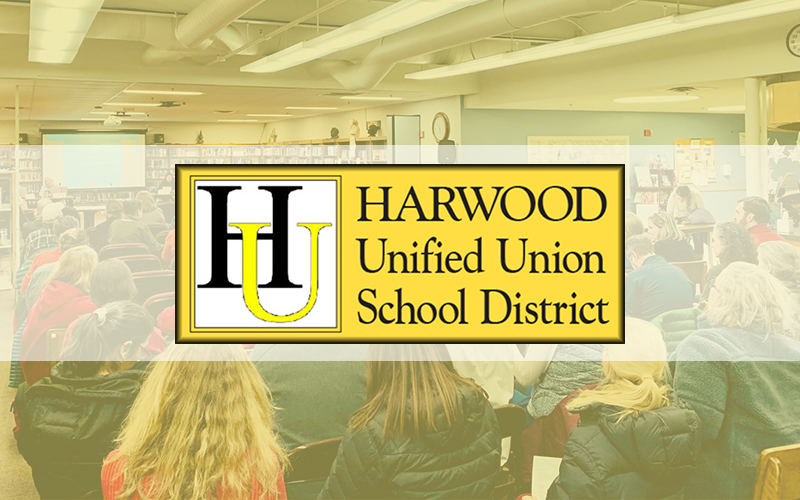 The Harwood Unified Union School District (HUUSD) Board has a new member: Michael Frank. A lifetime Waterbury resident and Harwood Union High School alum, Frank was appointed to the vacant Waterbury representative position at the board’s meeting on April 8.

Frank is a computer guy with a volunteering habit. After graduating from Harwood, he received his bachelor’s degree in computer engineering. From there, he went on to worked for the Vermont Department of Public Safety, Green Mountain Coffee Roasters and, eventually, Green Mountain Power. Frank even went back to school for a master’s in managing science and innovation technology. As for volunteer service, Frank has worked as a volunteer for both the Waterbury Fire Department and Waterbury Ambulance Service.

In the weighted vote, Frank beat his opponent, Scott Culver, another lifetime Waterbury resident and Harwood alum, 50.2 to 39.95 percent. In terms of actual bodies, seven board members voted for Frank, while six voted for Culver.

Frank and Culver both expressed interest in the position after a previous Waterbury representative, James Grace, resigned for mental health and family reasons. In his letter of resignation, sent on March 15, Grace cited certain derisive comments from the public as his motivation for resigning. Grace also mentioned that his board service was having “an unexpected negative impact” on his family.

While discussing which candidate would fill Grace’s seat, board members in favor of Frank repeatedly mentioned his long-term engagement with the board. “Michael has brought quite a bit of background and effort into this position, as seen in his campaign and in his work at the microphone during public comment,” said board member Jeremy Tretiak, Waitsfield.  This winter, Frank attended nearly every school board meeting, speaking up regularly during public comment period. Additionally, Frank campaigned for a seat on the board, but lost on March 3, 2020, to Kelly Hackett, who now occupies another of Waterbury’s four seats.

“Michael has been coming to meetings. He got on the ballot in Waterbury. He took initiative to get on the ballot. He might not have won that election but there were many voters who supported his candidacy,” said board member Christine Sullivan, Waitsfield.

Other board members expressed concern over Frank’s blunt and opinionated tone. At previous board meetings, Frank would often start his comments by leaning into the microphone and saying, “I know this is not the popular view, but,” before going on to discuss why the middle schools should merge, why schools should be renamed, or why ‘tough decisions’ need to be made. “Scott is who we need right now,” said board member Lisa Mason, Moretown. “Michael may be up-to-date, but he is not coming to this with the attitude of ‘how do we get everybody on the same page,’ which is what we need on our board.”

Still, respect for Frank’s consistent commitment to school board issues seemed to win him the seat in the end. “A lot of people in Waterbury support Michael. He keeps coming back, he keeps engaging,” said vice chair Torrey Smith, Duxbury. Board member Alex Thompson, Waterbury, added, “Michael got over 800 votes in Waterbury. He has a wealth of experience that we could really use.”