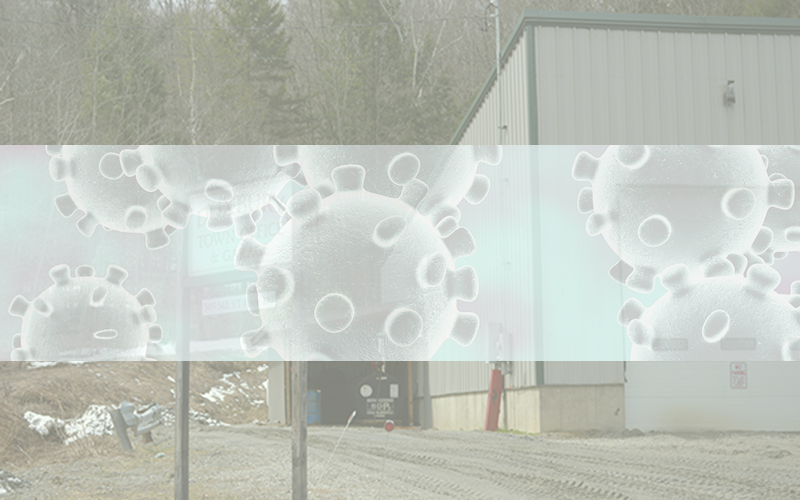 The Duxbury Select Board held a meeting for the first time in weeks since the COVID-19 pandemic hit. With a lot of ground to cover, select board members met over Zoom for a three-hour round of discussion and decision-making. Here’s a recap of the meeting.

Eventually, the board decided on Seven Days as the town’s paper of record. “We really aren’t looking for coverage as far as local news. We’re looking at getting information out to the public at hopefully no expense to them,” said Kevin Garcia, select board chair.

Later in the meeting, the board accepted road foreman Kyle Guyette’s resignation. At the meeting he did not say why he was resigning, but he wished the select board luck for the future. “I know you guys are in for a long road ahead. I wish you the best,” said Guyette. Guyette had been working as the Duxbury road foreman for less than a year, having acquired the position in late June of 2019.

The board agreed to purchase a pickup truck. The price of the truck will not exceed the amount approved at Town Meeting, $52,000. Included in the price will be add-ons for the truck, such as a light bar, a bed liner, wiring connections for a trailer and a back rack.

The board agreed to pursue a request for proposal for Crossett Hill, a road that is eroding due to rain damage. At first, the board considered postponing the project, since COVID-19 is putting a backlog on contracting work and the government grant acceptance process. Ultimately, the board decided to give the RFP a shot, considering that other projects could be postponed or extended. “We’re in a whole new world right now,” said select board member Jerry McMahan. “We want to stop any projects that we can stop and seek extensions on some of the others.”

A resident’s effort to improve broadband internet access in Duxbury was supported by board members who agreed to approve a letter of consent to the Public Service Department. By signing the letter, board members consent that the town will apply for an internet feasibility grant.

“We have problems with internet connectivity. I almost couldn't make the meeting tonight because my email wasn’t working,” said the resident. “That kind of thing comes up all the time. Kids are home now trying to do schoolwork and we’re all trying to work from home. There’s a lot of people who work from home in Duxbury but have to go to offices in Waterbury Center or Waitsfield to get better internet connectivity.”

In dog news, the board agreed to waive the late fees for dog licenses. “Just to clarify, late fees are waived, licenses not,” said Garcia.

Finally, the board appointed Pat Zachary to the development review board (DRB). “Welcome aboard, Pat!” said Garcia.