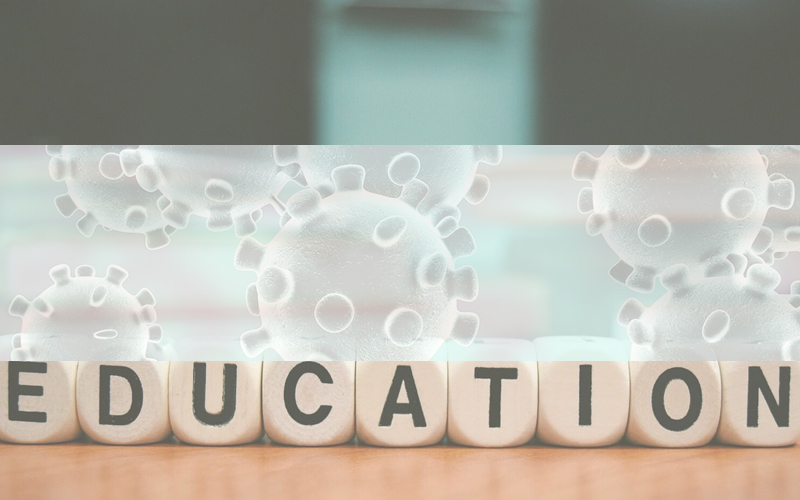 “The transition has been pretty flawless,” said, 17-year-old Green Mountain Valley School (GMVS) senior Emma Austin about her online learning transition experience. Even before COVID-19 forced the school to close, much of the students’ curriculum was already digitally accessible. “Most of our curriculum is online because we travel so much,” said Austin.

In January, Austin attended the Youth Olympics in Lausanne, Switzerland, which pulled her out of the classroom for two and a half weeks. Before leaving, she met with her teachers and her academic adviser to make a plan for completing her school assignments between competitions. “When I was there, everything I did was online and over email,” said Austin, noting that GMVS teachers were already well versed in remote teaching.

“My biology teacher is already YouTube famous,” said Austin, referring to her AP biology teacher, Ray Cinti, who has over 14,000 subscribers and over 300 videos on his YouTube channel, where he gives 10- to 40-minute lectures on everything from DNA synthesis to resting membrane potential.

PILE ON THE WORK

While having such techy teachers makes online learning easier, it also makes it easier for them to pile on the work, Austin explained. “I have friends that go to Harwood or other schools that say kids at ski academies don’t do much homework and are much more focused on skiing than work. But that’s entirely not true. I have work to do all the time,” said Austin.

Even now, while quarantining at home in Norwich, Vermont, Austin is constantly occupied with classes and homework. In a typical day, she attends three 50-minute Zoom lectures between 9:30 a.m. and 2:30 p.m. and spends time in-between doing homework, attending virtual office hours or watching lecture videos online.

With training and traveling time for sports teams out of the mix, quarantine has made school days shorter. However, Austin explained that despite having shorter days, something about remote learning is making school harder than it was before. “It’s been very difficult for me to actually sit down and crank out my work,” said Austin. “Sometimes I’ll just be sitting at my computer and be like: open tab, Netflix.”

Peer motivation plays a huge role in GMVS students’ accomplishments. According to Austin, orchestrating long days of intense athletic activity followed by hours of schoolwork is easier when everybody’s doing it together. Additionally, no one wants to be the only one slacking off. “If you do slack off, you’re going to feel the effects of it and nobody else is. So it’s kind of an incentive to do your work no matter what,” said Austin. “I’m not used to doing any of this alone. Staying focused and staying motivated has definitely proved to be a challenge.”

HARDER TO DO IN SOLITUDE

Additionally, quarantine has forced Austin to take on another routine task that’s even harder to do in solitude: working out. Instead of playing lacrosse with a team, Austin is responsible for her own physical conditioning. Every day she follows workout schedules sent to her from her coaches.

In order to rein in the peer motivation aspect of conditioning, GMVS coaches have created Strava running groups for students. Strava is a run-tracking app that works a bit like a social media platform: Followers can see students’ running distance, pace and elevation. They can even “like” their workouts. The app uses GPS to track movement, so there’s no cheating.

Now GMVS students are using Strava for weekly fitness challenges. Last week, the challenge was to climb as many vertical feet as possible. The week before that, teams of four were instructed to run 100 miles collectively. This week, teams are trying to run as many miles as they can collectively. “So I’m about to go do a really slow but really long jog,” said Austin.

The transition to both online learning and physical conditioning may have been seamless, but remote learning is still not ideal. One of the things Austin misses the most is “dorm life in its entirety.” As a boarder, Austin has been living with the same four girls since freshman year. “I miss being around my friends,” she said.

Austin has been accepted to Bates College in Maine for lacrosse.