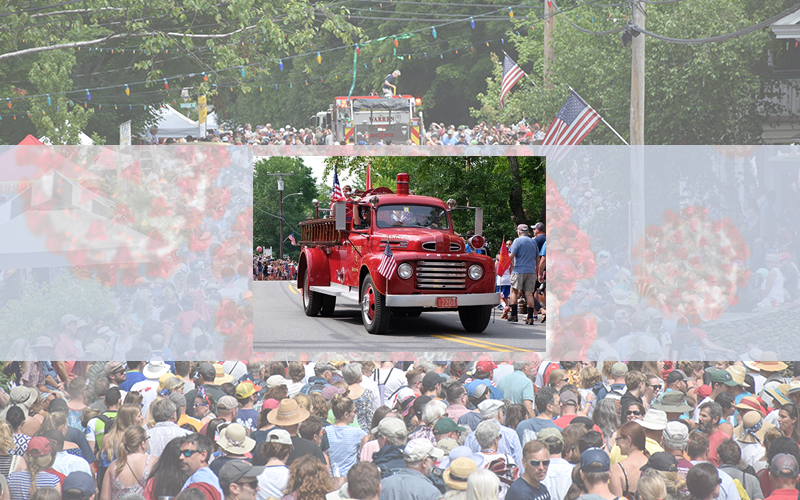 The Warren Fourth of July parade and subsequent celebration at Brooks Field have been canceled for the first time in 72 years. The theme for this year’s parade would have been “United We Stand.”

The Warren Select Board took the action at its May 12 hearing and voted to cancel the parade.

The decision to cancel the parade came after Rotary organizer and parade coordinator Susan Klein spoke to recommend the cancellation. Klein, who has been helping organize the Warren parade for 16 years, told the board that canceling was “the prudent thing to do.”

Klein recognized that canceling the parade would be a heartbreaking and difficult decision for the board, but urged them to consider the importance of public health. “I think the most important thing is the health and safety of our community,” she said.

Select board member Bob Ackland proposed limiting the parade to locals, but quickly realized the risk and how unfeasible this would be. “We could try to limit it to locals,” said Ackland. “But actually, I don’t see how we could do that. I can’t image having it and being able to keep people out of downtown Warren.”

“Still, people are going to ride the bus,” added Klein, who was not in favor of putting on parade with parameters. “It would be too stressful and too dangerous frankly,” said Klein.

Thus, with the cancellation, instead of “United We Stand,” a more apropos theme for this year’s Fourth of July parade would be, “United we stand, 6 feet apart.”

“It is with great regret that the Warren Select Board, in partnership with the Mad River Valley Rotary and event organizer Susan Klein, have made the difficult decision to cancel the Fourth of July parade scheduled for Saturday, July 4, in Warren Village,” the board wrote in a prepared statement following the meeting.

“With continued uncertainty surrounding the status of the virus in adjoining states, coupled with the inevitable crowds in the village, cancellation was the prudent decision. The health and safety of our community is our highest priority. We trust the community will understand and support this decision and we look forward to future Fourth of July celebrations in Warren Village,” they said.

The Warren Fourth of July parade is one of The Valley’s biggest summer draws, attracting thousands of people to Warren’s narrow streets for the parade and street dance that occurs afterwards, with another celebration venue at Brooks Field where music, kids’ activities, food and more can be had.

In its 71-year-run, the parade has never been canceled, not even in 1998 when a devastating 500-year flood hit The Valley on June 26 causing extensive flooding throughout the watershed and resulting in the cancellation of Ben and Jerry’s One World, One Heart celebration at Sugarbush on June 27.

The Valley Reporter and Mad River Valley Television are working on plans to provide print and digital retrospectives of Fourth of July parades in the past.