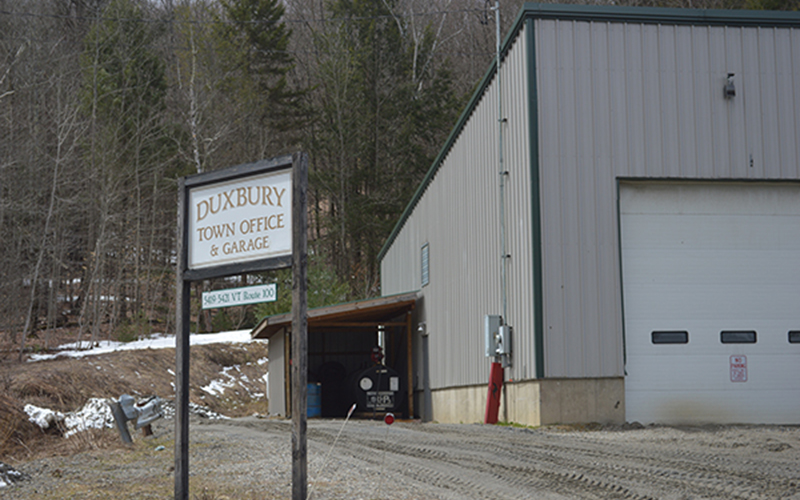 At the Duxbury Select Board meeting on Monday night, June 23, select board members opened five bids for the Crossett Hill slope stabilization project. The work for this project includes reconstruction of the south side of Crossett Hill Road with a reinforced stone slope, roadside ditch regrading, drainage improvements and a guardrail installation.

Here were the bid amounts from each contractor, ordered lowest to highest:

The board will send bids for this project to Golder Engineering, which will review the bids and make a recommendation to the board. The board will award a bid on June 29.

While this time the board opened these bids the old-fashioned paper letter way, they discussed moving towards an electronic bid receiving and opening process for the future. As of now, all paper bids go into town clerk’s office, where they are held until the bid-opening date.

“These bid documents that we just opened, each one is going have to be scanned. Had all that come electronically, it would’ve been a key stroke and a swipe and they could be sent to an engineer,” said select board chair Kevin Garcia.

Garcia recommended that the town set up a separate email for electronic bids. In this case, the email account and password would only be accessible by the town clerk to ensure pre-bid-opening confidentiality.

With an electronic system, on bid-opening day, town clerk Maureen Harvey would simply have to put the bids into one email to the board and click send. While the board didn’t make an official motion to adopt an electronic bid-opening process, it’s something the board will consider in the future. As select board member Dan Schillhammer said, “It’s an electronic time we’re living in.”

After talking bids, select board members voted to proceed with grant funding on the Duxbury salt shed.

This decision came after the board considered backing out of the salt shed grant. The main considerations for backing out of the grant were project cost and timeline. The $358,000 grant requires a 20% match from the town, about $70,000, to build a 30-by-60-foot salt shed. At the meeting, select board member Richard Charland pointed out that the town did not need such a big shed and could abandon the grant, building its own 20-by-30-foot shed for roughly the same price ($70,000), in order to finish the project faster.

Garcia agreed that completing the project via grant would be a long, drawn-out process. “You’re looking at next year to see the construction start. It might be possible, but that would be tight,” said Garcia. “The paperwork that is associated with this process is quite lengthy.” Moreover, project contractors, Dubois & King, have yet to complete the site work for this project, which involves a wetland study of the area surrounding the salt shed structure.

If the town were to back out of the grant, however, it would need to pay back the funds already invested into the project, about $12,000. “I don’t see a reason to back out of money already spent. That seems foolish,” said Schillhammer.

Still, Charland remained critical of grant project timing and the unnecessarily large size of the shed proposed by contractors. “You want to tell me that a 30-by-60-foot building could be justified to store the the amount of salt that the town of Duxbury uses?” said Charland to Garcia. “Now you’re talking about this project being pushed down the road two years. We don’t even know if somebody’s gonna wake up one day and say, wait a minute, what the hell are we putting up a 30-by-60 building for? But that’s quite alright, because you fudged around with this fricken project for years now,” said Charland.

Eventually, all members of the board apart from Charland voted to proceed with the grant project for the salt shed.