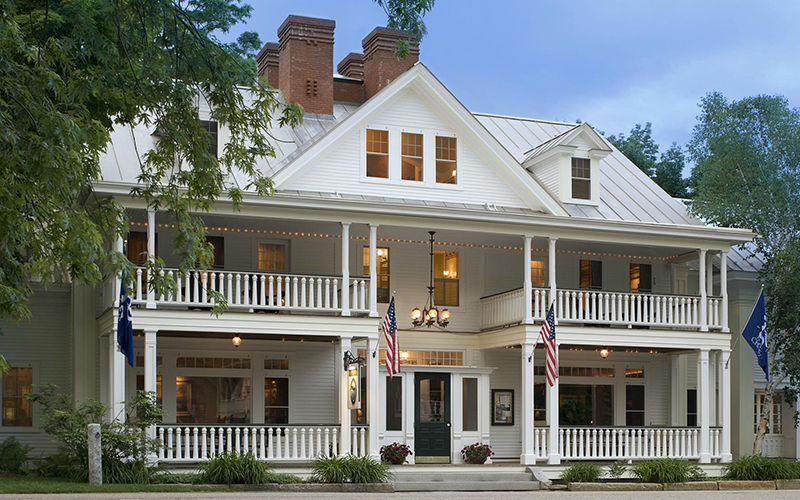 George Dorsey III owner of Sadie Dog LLC and the new owner of The Pitcher Inn and The Warren Store in Warren Village said his experience in the hospitality business has always been from the customer or service side, but said he was confident that the existing employees at the two properties he purchased recently would help him succeed.

Dorsey and his wife, Gale Burns Dorsey (she’s a third generation Vermonter), split their time between Middlebury, Montana and Florida. Dorsey grew up on a family farm in Maryland where he and his family raised beef cattle, tobacco and kept sheep and pigs.

“That was when someone with the last name of Long was still at The Warren Store,” he said.

“I worked at the Sugarbush Inn when it was the place to be. I started as a bus boy and was then a waiter and later a sommelier,” he said.

Dorsey attended UVM graduating in 1971 with an undergraduate degree in Chinese language and history.  He went to graduate school in Kansas.

“I wandered around doing various things in business, including owner and operating dairy farms in Wisconsin,” he said.

Among those various things he did was spending a fair amount of time working in Asia, China and Korea, in particular, plus Pakistan between 1977-1984.

Today, in addition to their new Warren businesses, Dorsey and his wife own a couple of art galleries, one in Middlebury and one in Bozeman, Montana, that they sold to their employees.

“Then we started and are the primary sponsors of the BZN International Film Festival, a Bozeman, Montana, film fest they started, which is virtual this year. It’s been operating for three years. We can’t have a physical festival because of COVID, but we did offer online streaming of over 100 films that people can watch online,” he said.

His immediate plans for the two Warren Village businesses are giving The Warren Store some much needed structural enforcement, “without any effort to change the character of the place,” he said.

The Pitcher Inn needs some superficial work he said but sees now huge change in how business is conducted at the Relais and Chateaux property.

“When the structural improvements are completed at The Warren Store, it will have a more fulsome kitchen and we anticipate serving homestyle meals in the evenings and doing more grab and go food. We anticipate delivering food in The Valley,” Dorsey said.

Dorsey said he’s spending a fair amount of time these days trying to hire experienced people for both properties, noting that some senior people at both properties retired and some of the foot soldiers went off to do other things during the spring through mid-summer COVID closure.

“We’ve substantially increased wages for people in recognition of the fact that we know and have had reinforced, our belief that people deserve fair pay,” he said.

Dorsey has four children and six grandchildren who live in Philly, New Canaan, CT, and Salt Lake City, Utah. He and his wife are skiers but not risk takers on the slopes. As the interview ended on September 12 they were planning to do some gardening and then golf.