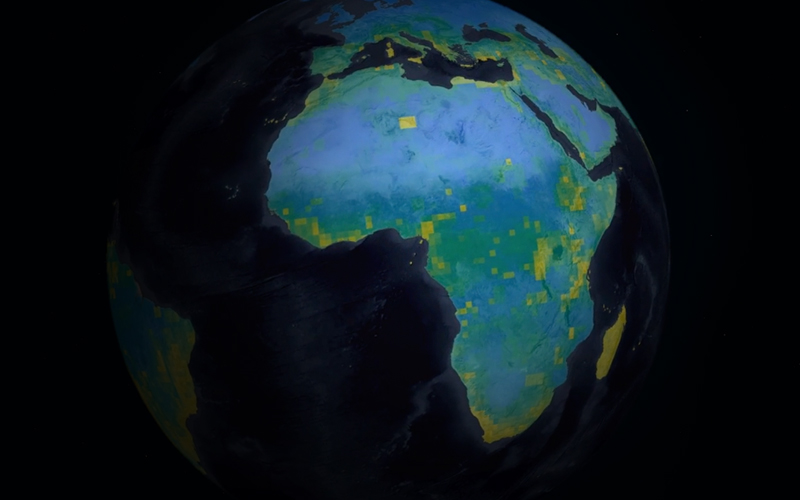 "How do we create food that is a joy to eat, but is also responsible for the health and well-being of the people who eat it and is responsible to the community, and responsible to our environment?" asked George Schenck, owner of Lareau Farm and founder of American Flatbread, Waitsfield.

At the hearth, Schenk's goal is good food. But on the farm, his goal is to create habitat for wildlife.

At the back of Lareau Farm is a brook that goes under a fallen tree and into a restored wetland. Schenk explained the scene, saying, "A lot of creating biodiversity is about creating diversity in the habitat, creating the opportunities for life."

"For decades and decades, if a tree like that fell on this land it would have been removed. And that’s not wrong from the farm’s point of view, but it’s not as good from the wildlife's point of view. What we’re trying to do here is to say, well, where’s the balance? What can I do that would be responsible to the agricultural interests of the farm and its food production values, but also responsible to wildlife,” he continued.

And sure enough, under the tree in the muck was an animal track. It comes from the front paw of a raccoon, and prints of the hind feet were found just a few inches away.

In the gardens, Schenk has created structures for wildlife to use, like extra tall fence posts and teepees. The fence posts are constantly used by birds, but just a few hundred feet away in the hay field, where the landscape doesn't have the same three-dimensional structure, there's less bird activity.

As it turns out, there was once a bird using these fence posts that did Schenk a favor.

"We had a population of rats," said George, "and they colonized the compost pile, which was over where the tomatoes were. We had them here for two years, and people said, 'Oh, you can't have rats, rats are bad.' And I'm like, 'well, OK.'"

"And actually, I would sit out in the evening and the rats would come out from underneath the rocks and around the compost pile, and they were absolutely charming! And one of the things they say about good compost piles is that it's good to aerate them. Well the rats created these aerating tunnels! I made excellent compost that year with these rats,” he recalled.

The rat population grew and Schenk worried that it was getting to be too much. Last fall as he was wondering if he needed some help with the rats he noticed an owl using the posts to hunt the rats.

“And this year we don't have any rats,” he said.

The mulch keeps the soil moist and invites soil invertebrates to move in and create a tiny, vibrant, ecosystem. The invertebrates and moisture give the soil a fine-crumb texture, and create an ideal environment for bacteria and other soil microorganisms. Schenk calls this biomagnification, where increasing the population of some organisms, like worms and ants, increases the population of other organisms, like bacteria and predators.

The farm has islands of habitat for invertebrates and microorganisms scattered about.

Schenk said he read about how Yellowstone National Park acts as a diversity fountain where many species come from and then populate areas peripheral to the park. He wondered if an undisturbed area on his farm dedicated to soil invertebrates and microorganisms could act as a similar reservoir that could populate the adjoining garden area.

So, he built a teepee and filled it with brush and then left it alone to see what would happen.

"One of my goals here is to show the smallest, simplest things that anybody can do. You don’t need a degree in biology to make up a pile of rocks, but that pile of rocks is going to create habitat for soil invertebrates. And you don’t need to be a specialist to mulch your tomato plants. And that’s OK,” he said.

In the fall of 2018, he met E.O. Wilson, the biologist and inspiration for the Half-Earth Project, and he said to Wilson, "I'm doing things to try and increase the biodiversity of the gardens, trying to create habitat for the microorganisms and birds and beneficial insects. And I know it's only one little place ..."

Wilson replied, "That counts too."

Looking back on the exchange, Schenk said "and that has turned out to be where I've decided to hang my hat. There's so much that the world needs that I cannot do. But I can do this, and I think that what's important is that we all do something."

This is the second article in a series about what area residents are doing on their land to preserve biodiversity and what Valley residents can do in their yards, on their land and in The Valley. To learn more visit www.arcg.is/uaymH.