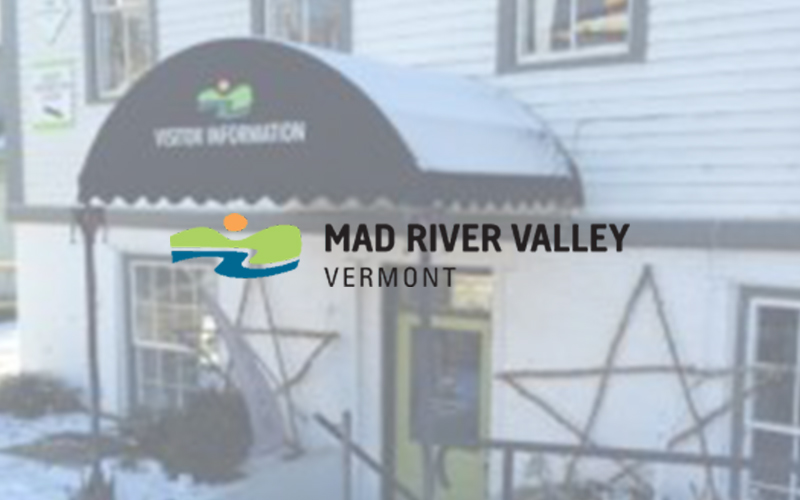 “We joke that we’ve never worked so hard to lose money than we have this year, but we’re still trying,” said Sugarbush CEO John Hammond in response to a question about how state and federal COVID relief funds have helped the resort.

His response was part of a February 10 Mad River Valley Chamber of Commerce community conversation about the ski season and ongoing pandemic which 50-plus people attended via Zoom.

Hammond said that Sugarbush didn’t qualify for some of the federal programs, but said the ski area specific grants were helpful. Mad River Glen general manager Matt Lillard said that the federal PPP program was lifesaving and had allowed the resort to pay or partially pay employees who had to stay home or quarantine.

Asked to provide an update on how the season is going, Lillard said that since it had started to snow so often, the resort was able to test its systems to see how they worked with more skiers.

“We’re proud of our employees and our community. It’s going really well. We’re managing our way through it. I call it a country club, we’re limiting skiers to such an extent that it’s never crowded,” Lillard said.

Lillard said that the pandemic has achieved something the ski industry had long wanted to – an increase in mid-week traffic.

“All it took was a pandemic. Wednesday is our busiest day. If you look at who is here, you feel like you’re in the Mad River Valley among friends and neighbors. It’s a comforting feeling,” he added.

Hammond concurred, noting that he’d been at Mad River Glen two days prior and felt like he knew everyone. He said that Sugarbush was likewise impressed with employees and guests for the levels of compliance with state guidelines and looking out for one another. He said having 100% of the trails open improved things.

Kramer agreed that having the snow made things better as well as the fact that ski resorts are helping to educate and enforce the state’s quarantine policies which makes it easier for lodges who’d been the backstop for that previously. That level of clarity about the rules helps, he said.

Hammond and Lillard said that they’d hadn’t seen incidences of visitors violating the state’s quarantine policies that rose to the level of needing to take away ski passes -- which they are allowed to do under the state guidelines.

Hammond was asked about how Sugarbush was managing its 10,000 skier a day limit.

“Last Saturday was our busiest day of the year. Most of the visitation spike was college kids back in Burlington. We had over 1,000 college kids at Mount Ellen. It was their first time back. We know that coming into Presidents weekend that a lot of passes are blacked out. Because of the projected temps and black outs, we expect fewer people this weekend than last. We’ve been asked if we’re still limiting day tickets. By putting extremely high prices on them, we’ve never hit our max,” he said.

During a discussion of whether there would be long-term impacts of the state’s stringent travel requirements, panelists were asked if peoples’ feelings about Vermont might have changed.

“While COVID continues to surprise us at every bend, I see a couple of things. I see the potential for monstrous demand next year. I’m not sure the state travel restrictions are a long-term problem and we need to make sure we’re being as welcoming as we can,” Lillard said.

Kramer said that there might be a long-term and certainly a short-term impact on the lodging and wedding industries. He noted that on social media, pictures of bluebird days on the slopes were getting comments from people who write: “I can’t be there because I’m from New Jersey.”

“We have to turn that message around when we have the opportunity and let people know that we’re truly back open. Those restrictions were there for a reason and our numbers have shown it,” he said.

“Hopefully, in the long term, we can get back to letting people understand what Vermont’s about,” he said.

He added that this year’s wedding season was going to be very tough and said the industry is pushing the state for some concrete guidelines and metrics on weddings so that people can plan.

“In terms of weddings, I think businesses are hoping that the state can provide some metrics, something like, if we can get our infections down to this level and this many people vaccinated, then we can have this size gathering,” Friedman said.