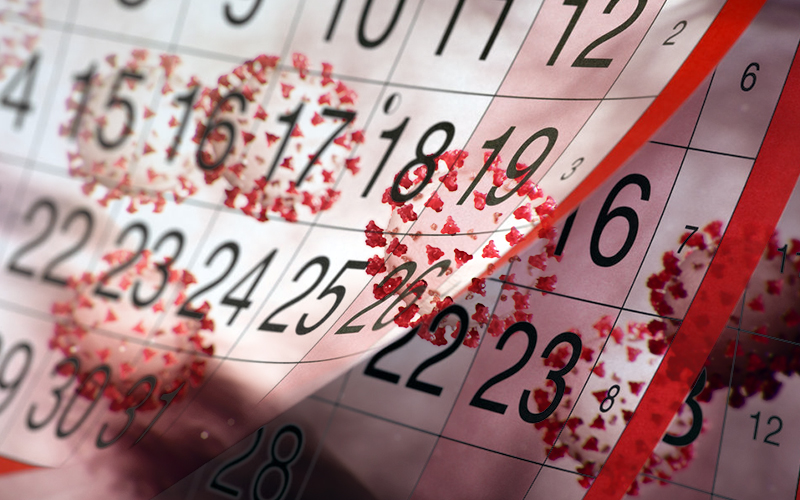 COVID crashed into Vermont like a tidal wave last March with ski areas closing on March 15, schools and day cares closing on March 16, bars and restaurants closed for eat-in dining on March 17 and dozens of local businesses announcing one- to two-week closures. Valley Dental closed along with senior aggregate meals at Evergreen Place.

As the state identified essential workers and essential businesses (grocery and hardware stores) people began leaving their homes – many of them masked. Since medical grade M95 masks were in short supply, local people and businesses began making them for EMS workers and others. Mad River Distillers made and distributed hand sanitizer. Local makers made plastic face shields.

ALL OVER THE MAP

This week, almost a year later, most businesses have been able to reopen to some extent. Others have not. Mad River Valley Chamber of Commerce executive director Eric Friedman said, “It’s all over the map in terms of how our members are doing.”

“Some sectors are struggling, some are holding their own,” he said, pointing out that hospitality businesses were particularly hard hit when compared to businesses such as car repair, accountants, attorneys and other professions that don’t rely on direct customer contact and interactions such as retail and food purveyors.

Friedman said that federal funds from the Payroll Protection Program and loans and grants from the SBA’s Economic Injury Disaster Loans and later state grants helped people get through.

“But those state grants, for the hospitality sector, were only through September. It’s been a rough winter for a lot of them with the potential for it being a rough summer. Hopefully, new federal legislation will help. There’s a real concern about the wedding business in The Valley this year – a lot of that is up in the air and there’s no state guidance to help them,” he said. (See related story on Page 9.)

The lack of state guidance on weddings and events also has Susan Klein, manager of the annual Warren Fourth of July parade on the fence about this year’s parade. Although Governor Phil Scott said at his March 9 press conference that details on event planning may be forthcoming as early as this Friday, Klein’s job of organizing The Valley’s single largest annual event requires as much lead time as possible.

“Everything hinges on what the governor says about festivals and events for the summer of 2021. I’ve been working on planning a tentative parade and street dance only with no events at Brooks Field, no bus, no Buddy Badges -- a very streamlined celebration,” she said.

Klein said that she had talked to Bruce Sklar, band leader of Bruce Sklar and Friends, who traditionally provide music for the apres-parade street dance and was told they could and would be available if the parade can go forward. She said had also talked to food vendors and some will make themselves available.

“I get the situation that the state is in. It depends on so many things, including vaccines and variants. At this point I’m going forward with planning for it and keeping it a streamlined event that I can turn on at the last minute or kill at the last minute,” she said.

Dori Ingalls, founder and race director of the Mad Marathon, does not have that option. She canceled last year’s race shortly after the Tokyo Olympics were canceled last spring and then created a virtual marathon offered on a variety of platforms and formats.

The Mad Marathon is typically held on the Sunday after the Fourth of July and this year Ingalls is moving the event to September 12. The schedule for this race will follow prior years with music on the Mad River Green on Friday, a kids’ Mad Mile on Saturday for those 7 to 13 years old, a toddlers’ race on Saturday evening and the marathon on Sunday. This winter, Ingalls has been working with an organization, Onpace Space, which provides spacers who act as small group leaders who lead pods of 48 runners.

“OnPace Space approached us this winter and we’ve worked with them for the last two months. They have developed a method of keeping people safe before, during and after races,” Ingalls said. OnPace Space will have people working the Mad Marathon.

Gary Kessler, founder and director of the Green Mountain Stage Race which typically takes place over Labor Day weekend said it is possible that the race will happen this year.

“I can’t say for sure. I’ve read that it could take 180 days for everyone who wants a vaccine to get one and that’s pushing up close to our regular date,” Kessler said. The Green Mountain Stage race offers four days of racing, three of them in The Valley and the environs and the fourth in Burlington. The race attracts 800 to 1,000 racers and their families.

Kessler said if it is going to happen, he should be working on it now, but noted that he has to wait until the snow is gone to properly assess the condition of the roads that racers will ride.

“And I also don’t know if the community would support the event. It might be too soon. I don’t want to open registration and have 500 people sign up and have to reverse that. I don’t want to spend hours and hours organizing and have it not happen,” he added.